This Infographic Compares the Revenue of the Super Bowl and NYFW 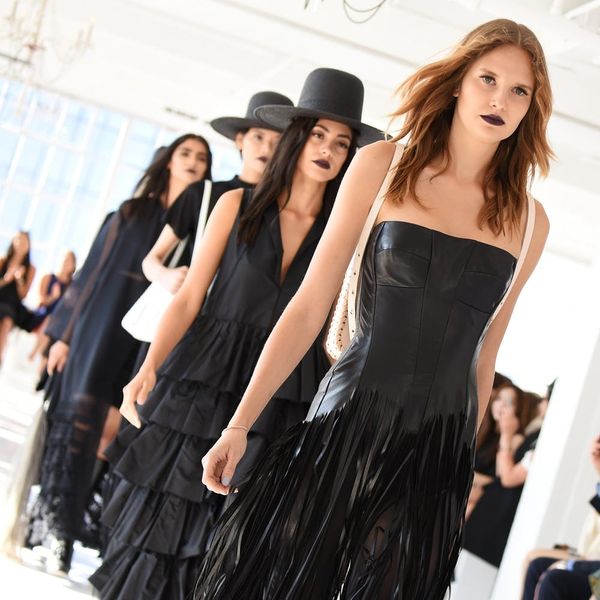 Fashion or football? Football or fashion? Which do you think creates the most buzz and encourages the most eats, and which brings in the biggest bucks? Well, wonder no more, friends. Stylight has done some in-depth research and provided us with an awesome infographic that outlines the impact of two of the most beloved industries and pastimes in our sports- and style-loving culture. And the results might surprise you.

Comparing New York Fashion Week and Super Bowl 50 (woo!) the chart takes on everything from audience and publicity to food and beverages consumed, plus the buzz both events create on the social media scale.

The infographic also contains a few facts that you might not be aware of but are total trivia treats. Were you aware that Super Bowl halftime performers aren’t paid at all for the gig? On the other hand, NYFW week pays A-list celebrities up to $100,000 merely to attend a show and be seen in the front row.

So who comes out on top? Looking at the numbers, both NYFW and the Super Bowl are doing just fine, and there are definitely no losers here.

Desiree O
Desirée O is a ‘Professional Bohemian’ who loves anything and everything related to the arts, entertainment, and pop culture. She ADORES being a ‘Newsy’ for Brit + Co, covering all of the latest tidbits of awesomeness that you want to read about. When she’s not writing, she’s either making messy art, going on long adventurous walks with her camera, or poking around over at bohemianizm (http://www.bohemianizm.com/). You can find out about Desirée O and her work at http://DesireeO.com/ or follow her on Twitter @DesireeO.
Infographic
Pop Culture
Infographic New York Fashion Week Super Bowl
More From Pop Culture