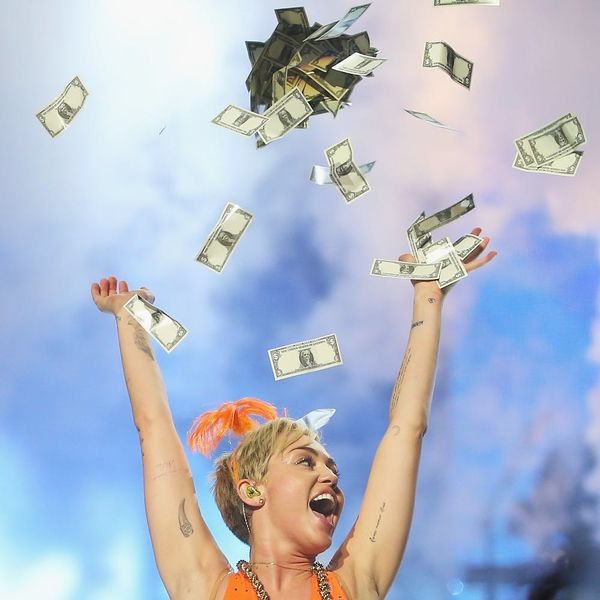 Fighting to be paid fairly has always been a struggle for women: The pay gap still (unfortunately) exists, and equal pay is not yet a law in most countries the way it is in Iceland. Frankly, fiscal responsibility as a woman can cause a lot of stress. Combine that with trying to manage a successful relationship, and all sorts of issues can begin to crop up. It’s a fact made evident by a recent survey conducted by Refinery 29, which found that millennial women are more conflicted than ever about making more money than their male partners.

With articles like “I Make More Money Than My Husband — Here’s How We Manage” and “How to Date a Woman Who Makes More Money Than You)” popping up during Google searches, the outlet decided to delve deeper into the sitch. Their findings, however, were… well, it’s not so straightforward, actually.

While the number of US women who out-earn their male partners is still relatively low (38 percent in 2015), it can be a situation that elicits strong reactions from both men and women. “I couldn’t date a man who was less ambitious than I am,” and “I guess I just feel like it’s a man’s job to take care of his woman, not the other way around,” are just a few of the surprising comments used as prime examples of current attitudes, as well as, “What if you end up having to pay him alimony like Mary J. Blige and her ex-husband?”

The answers came courtesy of 130 millennial women who were the higher earners in their relationships. Troubles stemming from the financial sitch “[could] rarely be boiled down to the single issue of money,” however. “Like most relationships, the real problems are expectations and communication,” the outlet concluded. As they explain, “The women most frustrated by their breadwinner status never considered it could happen, didn’t expect it to last, or can’t find a way to do things differently even when they want to.”

Yikes. It sounds like there’s still quite a few hurdles for us ladies to face even above and beyond our current lagging wage gap.

Do you earn more than your partner? Is it an issue? Let us know @BritandCo!

Desiree O
Desirée O is a ‘Professional Bohemian’ who loves anything and everything related to the arts, entertainment, and pop culture. She ADORES being a ‘Newsy’ for Brit + Co, covering all of the latest tidbits of awesomeness that you want to read about. When she’s not writing, she’s either making messy art, going on long adventurous walks with her camera, or poking around over at bohemianizm (http://www.bohemianizm.com/). You can find out about Desirée O and her work at http://DesireeO.com/ or follow her on Twitter @DesireeO.
money
Work
money
More From Work