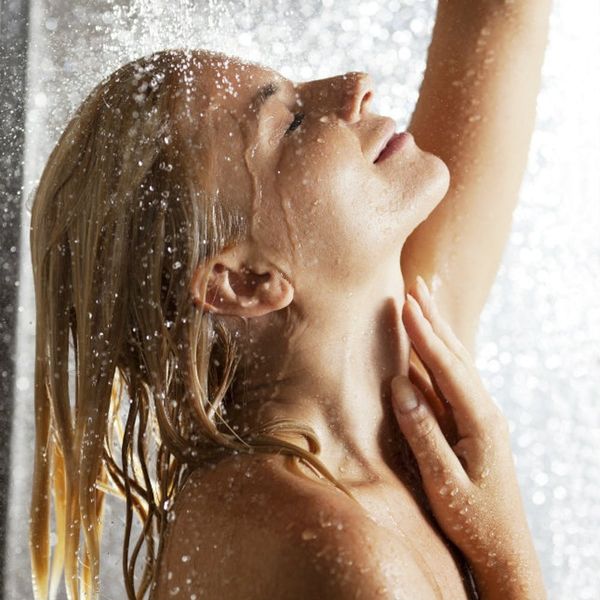 If there’s one thing every #GirlBoss knows, it’s that some mornings are waaaay more hectic than others, and skipping out on a shower to gain some extra time for testing out this month’s fave beauty finds can be awfully tempting ― especially when you’re trying to extend the life of your perfect blowout. But we’ve got some news for you that mighttttt just have you re-prioritizing (in addition to these seven benefits of taking a cold shower).

According to a recent article published on TwentyTwoWords, ignoring your shower for even two days can have some seriously icky side effects, most of which you can’t even see. At any given moment, our bodies are playing host to a whopping 1,000 types of bacteria and 40 types of fungus. (Eek!) But before you get totally grossed out, know that most of them are totes friendly, and are actually helping you stay healthy.

Yet while the good bacteria tries its best to ensure that you don’t get sick, it can only do so much. That’s where showers come in. By lathering up, you can help fight the bad bacteria that has made its way onto your skin (and ultimately, your eyes, nose and mouth, which will make you sick) over the course of the day by doing simple things like touching a surface, then mindlessly bringing your hand to your face. (It’s okay, we’re all guilty, cause, humans.)

Then there are the blemishes. When skin gets oily, it becomes more prone to breakouts, so washing it is key. And last, but certainly not least, is the question of body odor. Contrary to popular belief, being really sweaty isn’t actually the problem. Nope, the smell (FYI: Your body can actually give off up to 30 different smells at once #OMFG) is caused by gasses that come from “bacteria consuming body protein and fatty acids.” Um, ew?

So what about the fact that washing your hair too often can dry it out or that exfoliating too much is one of the skincare habits you should break? The article says short showers are the answer, and cites dermatologists as recommending you at least “treat your armpits, groin and face” if you absolutely have to skip the shower, which we certainly won’t be doing any time soon after discovering these cray facts.

Are you seriously skeeved over these shower facts? Tweet us @BritandCo.