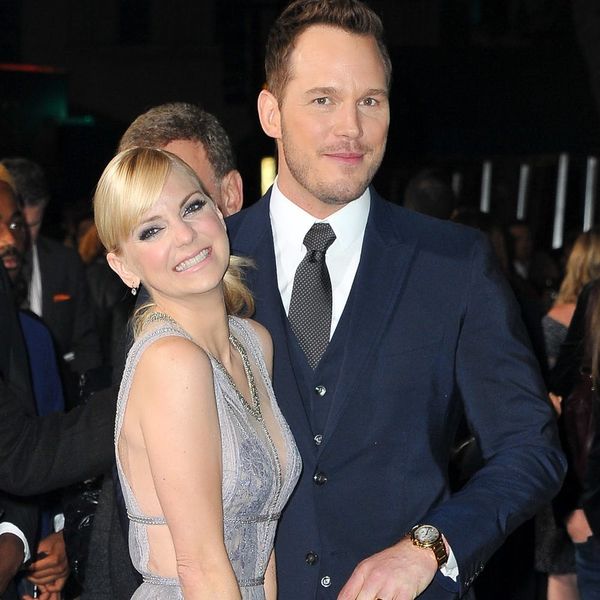 Chris Pratt must be going for husband of the year. Not only did he recently upgrade wife Anna Faris’s wedding ring in MASSIVE fashion, but Jennifer Lawrence (who co-stars with Chris in Passengers and has cited him as the best sex-scene partner ever) just revealed another super sweet gesture he makes for Anna on the reg, and it’s enough to have us swooning.

According to Jen, Chris and Anna — who will FINALLY be starring in their own movie together — keep the romance alive with flowers: Every. Single. Week.

In an interview with PopSugar, Jennifer said that not only can her Passengers co-star solve a Rubik’s cube, but she doesn’t “know if people know that he’s the best father. And that he sends his wife a bouquet of flowers every week.” Ummm, what!? How freaking cute is that!

While no relationship is perfect — Anna herself recently copped to feeling “incredibly insecure” over tabloid rumors that Chris was cheating on her last year on her podcast, Anna Faris Is Unqualified — we’ve gotta imagine that this one comes pretttttty close.

What sweet gestures does your significant other make for you? Tell us @BritandCo.

Nicole Briese
Nicole is the weekend editor for Brit + Co who loves bringing you all the latest buzz. When she's not busy typing away into the wee hours, you can usually find her canoodling with her fur babies, rooting around in a bookstore, or rocking out at a concert of some sort (Guns N' Roses forever!). Check out all her latest musings and past work at nicolebjean.com.
Celebrity Couples
Entertainment
Celebrity Couples Flowers love
More From Entertainment