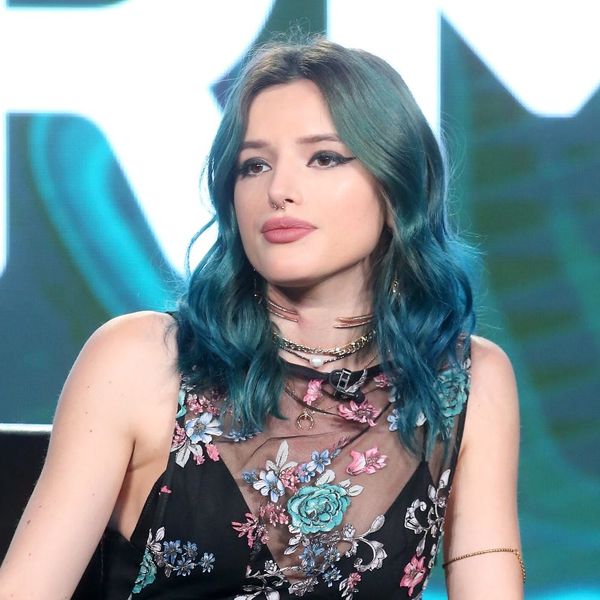 Bella Thorne has definitely decided to be open and honest with her fans about almost every aspect of her life — from her bisexuality to her post-breakup self-care. She’s also into being true to herself, whether that means blue hair or a B2 tattoo. That’s why we shouldn’t be surprised that she’s open about the fact that she does what she feels is best when it comes to birth control. So, what’s best for Bella? Well, she doesn’t take any birth control. At all. And the reason might be a little surprising.

Discussing her health habits, Perez Hilton reports that the 19-year-old claims to be “all natural.” By that, she means that she doesn’t take any kinds of medications, including birth control.

“You can judge me for believing my beliefs,” she started before explaining, “In my family, we never went to doctors growing up. I don’t like medication. I don’t even take birth control. I won’t even take Advil or Tylenol. I power through. I’m all natural.”

We won’t judge Thorne for “believing [her] beliefs,” but we also have to acknowledge that there are certain things that you just can’t “power through,” and taking medication shouldn’t be seen as any sort of weakness.

Granted, that’s not necessarily what Bella Thorne is saying and it’s totally her choice whether or not to medicate, but let’s just make it clear that while there’s nothing wrong with being “all natural,” there’s also nothing wrong with seeking out a doctor’s help when needed. Do what’s best for you!

Desiree O
Desirée O is a ‘Professional Bohemian’ who loves anything and everything related to the arts, entertainment, and pop culture. She ADORES being a ‘Newsy’ for Brit + Co, covering all of the latest tidbits of awesomeness that you want to read about. When she’s not writing, she’s either making messy art, going on long adventurous walks with her camera, or poking around over at bohemianizm (http://www.bohemianizm.com/). You can find out about Desirée O and her work at http://DesireeO.com/ or follow her on Twitter @DesireeO.
Womens Health
Celebrity News
Womens Health
More From Celebrity News