“This Is Us” Recap: Old Pearson Family Wounds Reopen 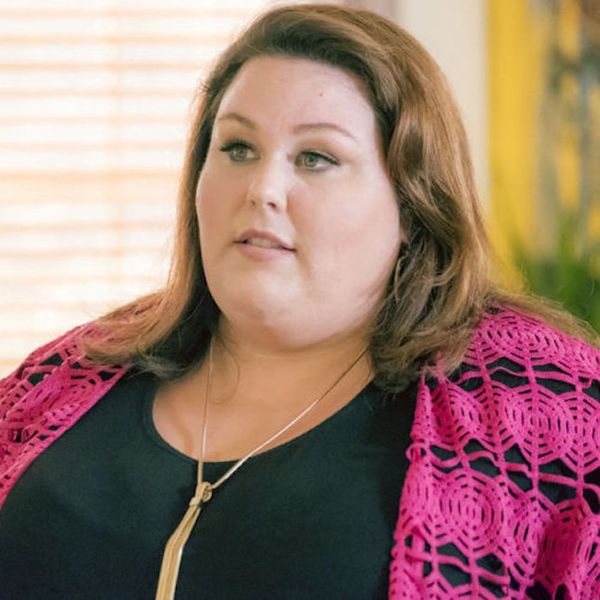 This Is Us dug deep into our emotions with its premiere, but its second episode went even deeper. As the episode title (“A Manny Splendored Thing”) implies, Kevin has returned to The Manny, the show he left last season after having a meltdown. Naturally, his family is there to support him at the taping, but Kevin is a nervous wreck. He wants to be remembered; he wants to be George Clooney returning to ER. (He needs to realize The Manny really isn’t that kind of show…)

Kate has landed a surprise singing gig, which means she has to skip out on the taping, and Randall is caught up with Beth’s adoption plan, and… this is a good time to intercut with a flashback, right? Fittingly, this flashback focuses on the Pearson kids at the school talent show: Kevin will do comedy, Kate will sing. Rebecca (whose tenuous relationship with Kate feels more fragile than ever here) critiques her daughter (gently, but still critically) and makes her a dress from the same dress she wore the first time she performed. It’s heart-stabbing to see Kate so happy about her involvement with the show, only to then feel dejected and inadequate after hearing her mother sing in the shower, which leads her to drop out. This, of course, leads into the present day, where Kate is preparing to sing as a fill-in for a house band. Her performance is great, but seeing her mother in the audience is enough to bring back those feelings from when she was young.

Kate’s had enough. She lashes out, cutting deep by saying Rebecca was upset that she never had a thin and pretty daughter like she wanted, and was always judging her. It hurts, but Kate’s not wrong. Toby helps them reconcile, and by the episode’s end, things are a little better… but the cracks in this family run deep, for as much as the Pearsons are bound by love.

Kevin, for his part, is dealing with the emotional fallout of his Manny return. He freaks out to Sophie, who remains encouraging and probably a little too patient, and in the end, he lets go and just has fun with the material. And guess what? The crowd goes wild.

Kevin gets another opportunity to shine later in the episode, and that’s his impromptu run-in with Beth, whom he finds when she’s looking for some space from Randall. She ends up unloading on him about Randall’s hesitancy to adopt an older child, and how he’s driving her crazy. Kevin understands — this is his brother, after all. (It also gives us a little insight into Randall and Beth’s history, with Kevin telling her that Randall’s pursuit of his wife was the only time he risked failure. Please, show, give us this backstory now!)

As for the Pearson patriarchs? The episode actually picks up right before we left off last week, with Rebecca driving Jack home from Miguel’s. It shows how they struggled with Jack’s drinking problem when the kids were younger, and how Jack tried to help himself with AA, which didn’t stick. Ultimately, it’s Kate who comforts her father, even though she doesn’t know why he’s acting the way he is. It’s further proof of how close Kate was with Jack, and how deep that relationship really ran.

When Jack returns to the house, still drunk, he tells teenage Kate he has a drinking problem. And just as she did when she was a kid, Kate comforts her father with love and without judgment. Knowing that Kate has carried this heaviness with her for most of her life, it’s no wonder she’s had so much turmoil through the years.

What did you think of last night’s episode? Tell us @BritandCo.