This Little Girl Had the Best Adoption Hearing Ever, Complete With Disney Princesses 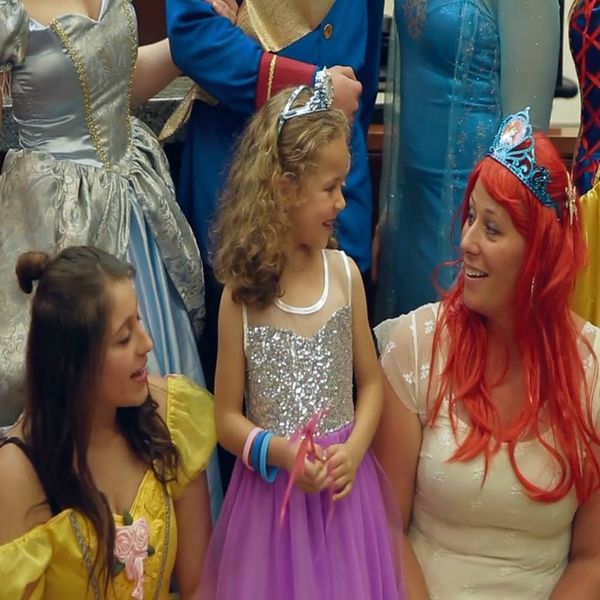 5-year-old Danielle Koning was already set to have a special day when the family she had been fostering with since 2014 decided to make things official and adopt her in a finalized ceremony.

But her case worker, Kristina Grey, took things next level when she invited a fellow caseworker with an uncanny resemblance to Danielle’s hero, Cinderella, to the hearing. Catching wind of Kristina’s plan, the rest of her coworkers quickly jumped on board to attend the special ceremony too, stepping in for Aurora, Ariel, Snow White, Rapunzel, Prince Charming, Elsa and Belle— even judge Patricia Gardner complied, dressing up as a second Snow White!

Sarah Koning, Danielle’s new mom, said her little girl was definitely surprised. “She was shocked when the princesses first came in,” she said. “The look on her face was priceless.”

Sarah said it was an extremely important gesture for Danielle. “No matter what, if kids have been bounced around a lot, it really helps them to feel the permanency and know they’re not going anywhere now. It’s really important for kids to feel that security.”

In addition to a new mom, dad and brother, Danielle also got a new little sister — Sarah and her husband Jim Koning also adopted a 1-year-old girl named Neveah.

See the video in its entirety below:

Are you touched by Kristina’s sweet gesture? Let us know over @BritandCo!

Nicole Briese
Nicole is the weekend editor for Brit + Co who loves bringing you all the latest buzz. When she's not busy typing away into the wee hours, you can usually find her canoodling with her fur babies, rooting around in a bookstore, or rocking out at a concert of some sort (Guns N' Roses forever!). Check out all her latest musings and past work at nicolebjean.com.
Disney
Entertainment
Disney