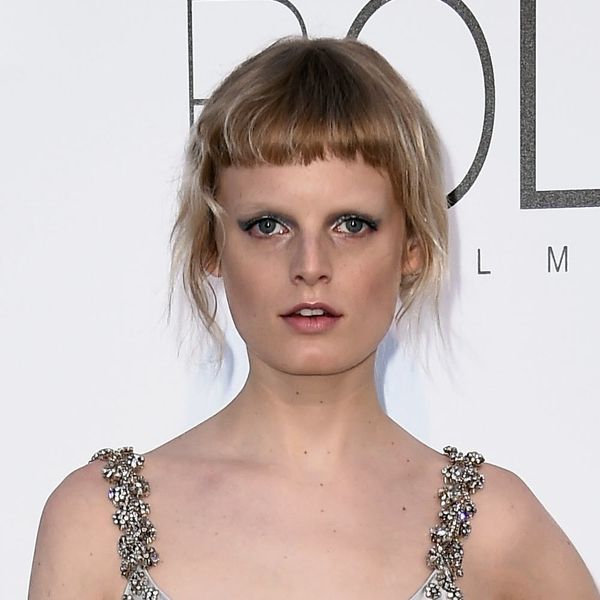 While NYC just made history by issuing the first US intersex birth certificate and Pinterest has also gotten on board with the intersex inclusivity, there is still plenty of misinformation, miscommunication and misguided procedures taking place in the US when it comes to the condition that many know little about. That’s why one model has just revealed that she is intersex and sharing the story of the “traumatizing” surgeries she endured.

29-year-old model Hanne Gaby Odiele has walked for top designers in the biz and posed for some of the most popular campaigns since breaking out from her home in Kortrijk, Belgium.

And now, Hanne is speaking out to let the world in on the fact that she is, in fact, intersex (which means “a person is born with a reproductive or sexual anatomy that doesn’t seem to fit the typical definitions of female or male“). According to The Washington Post, she recently cheerfully (and a bit nervously) sat in front of a camera to declare, “Hi, I’m Hanne. And I’m excited to let the world know I’m intersex.”

She added, “I’m speaking out because it’s time this mistreatment comes to an end. It caused me way too much pain.” She’s not speaking of the body she was born with, but instead, the unnecessary surgeries she endured as a direct result of our society’s views on the matter.

“No one ever told me about intersex,” Hanne admitted. “They told me I was abnormal, [that] I shouldn’t talk to anybody.” When she was both 10 and 18, she had surgeries to remove undescended testes and for vaginal reconstruction, which she now feels she should not have undergone without knowing more about herself first.

In fact, she wasn’t even told she was intersex, but instead discovered it herself by researching her “symptoms” online. When she came across a Dutch teenage magazine that had profiled girls like herself, she knew she had identified her condition. “That’s how I found out. I told it to my doctor: ‘Is this me?’ He said, ‘Oh yeah, you finally found out.’”

Though she can’t go back and change what she has personally gone through, Hanne wants to help others out there like herself. “These surgeries have caused way more harm than good. I don’t want to have any other kid to suffer the way I did. It’s time to break the stigma.”

Do you think intersex kids should wait until they’re adults to have surgery so that they’re fully informed about the sitch? Tweet us @BritandCo!

Desiree O
Desirée O is a ‘Professional Bohemian’ who loves anything and everything related to the arts, entertainment, and pop culture. She ADORES being a ‘Newsy’ for Brit + Co, covering all of the latest tidbits of awesomeness that you want to read about. When she’s not writing, she’s either making messy art, going on long adventurous walks with her camera, or poking around over at bohemianizm (http://www.bohemianizm.com/). You can find out about Desirée O and her work at http://DesireeO.com/ or follow her on Twitter @DesireeO.
LGBTQ
Entertainment
LGBTQ
More From Entertainment