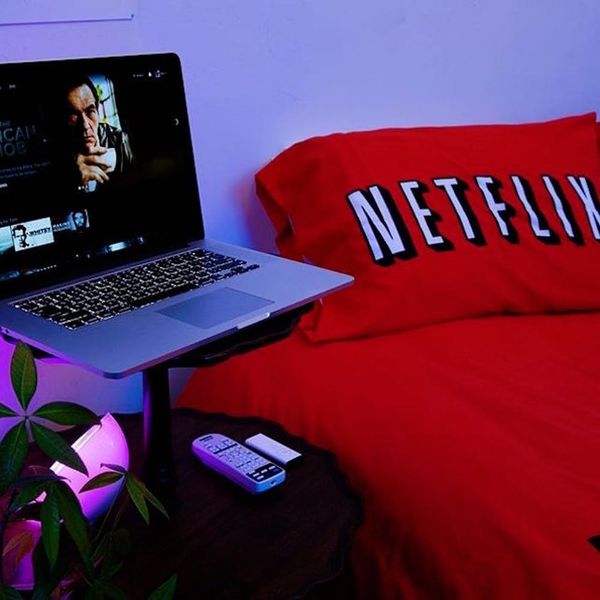 If you want to talk about gifts that keep on giving past December, we’ve got one for you: Netflix. And it’s clearly a gift that people can’t get enough of. In 2015 alone, people watched over 42.5 BILLION hours of movies and TV shows on the platform. The company hasn’t released its 2016 numbers yet — presumably because we still have 18 days left — but we expect they’ll be even higher than last year’s, if the popularity of Netflix’s original shows is anything to go by. Wowza.

No one is safe from the urge to binge, it seems. At least now we don’t have to worry about that pesky (and a little insulting) screen that pops up after a few episodes asking “are you still there?” There’s an extension for Chrome that kicks it to the curb. Called Flix Assist, the handy tool also gets rid of the countdown screen. You know the one — you’ve finished an episode but Netflix assumes you want to wait 30 seconds before starting the next one. For some people, this is the perfect time to grab a quick snack or take a bathroom break, but for those of us who don’t really want to get off the couch (or our beds, if we’re being honest), the countdown is really unnecessary.

Besides, we can pause our show whenever we darn well please.

Will you use Flix Assist? Do you think Netflix should get rid of the “are you there” screen? Tell us @BritandCo!

Shea Lignitz
Shea can be found in the nearest bookstore or brewery, exploring the great outdoors, or blasting Led Zeppelin. She grew up in the cold and rain of Northern California's redwoods but is currently wandering around Texas.
Netflix
Tech
Netflix Tech News