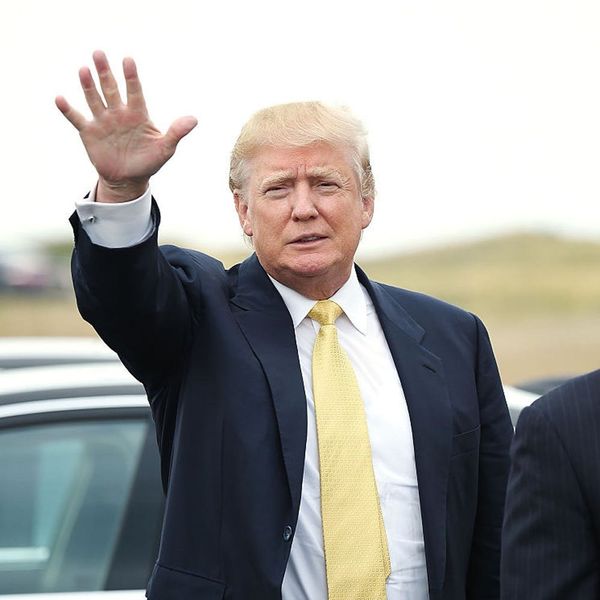 This year’s historic election was packed with some SERIOUSLY bizarre moments, and unfortunately, it seems they’re not quite over yet. As tensions rise with protests sweeping the country and we try to make sense of the scary, upsetting reality that was Day 1 in Trump’s America, we could all use a laugh. Like, a really big laugh.

Enter Make Trump Burger Again: a hilarious new Google Chrome extension that will magically transform all those images of President-Elect Donald Trump on your feed into snaps of mouth-watering, friendship-forming cheeseburgers. So how does it work? Simple! All you have to do is install the extension and every time a snap of Donald Trump appears in Chrome, it will show up as a cheeseburger. (Yes, really!) Here’s what it looks like in action:

Make your Internet great again. Visit the link in our bio for more info!

Daragh Kan, co-founder of an Australian burger chain called Mr. Burger, is the one to thank for this silly plugin, which is exactly what we needed at a time like this. Given that Mr. Trump himself just so happens to be quite the fan of burgers (who could ever forget his McDonald’s commercial co-starring Grimace?!), we have to wonder if even he might get a kick out of this!

Either way, we’re sure we’ll hear all about it soon enough in a classic Twitter rant.

Will you install the Make Trump Burger Again extension? Tweet us @BritandCo.