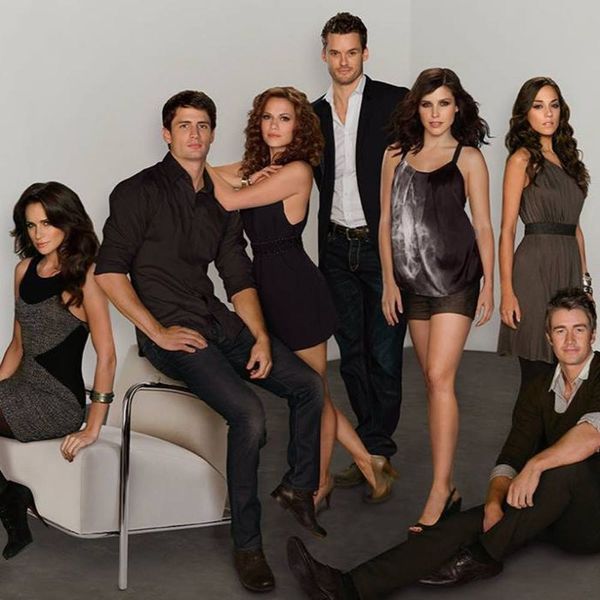 One Tree Hill has been on our minds ever since the cast reunited back in June. There’s been something else on the mind of the cast member Chad Michael Murray, however: probably because he’s expecting his second child with wife Sarah Roemer.

Announcing their pregnancy back in November, the two showed off Sarah’s growing bump on the red carpet (in something a bit more fancy than these maternity shirts) for the GQ Men of the Year party this Thursday, where Chad admitted he’s more than a little anxious about meeting his soon-to-be-baby-girl.

“Me and my boy, we’re good,” he says of his first child. “We’ve got wrestle play time. He loves beating on Dad at night. We know his shows, we know what he likes, what he doesn’t like,” he told E!. “And now it’s a girl, and I have no idea what to expect.”

That includes names — Chad says he and Sarah are at a loss so far. “We’re really struggling, not gonna lie,” he told the outlet. “I don’t know if it’s because every man, that’s their princess; that’s their little girl — what could ever be good enough for them?”

Holy moly my daughter from Haunting in Connecticut 2(Georgia) @emilyalynlind is all grown up! Not to mention she was the 1st baby I'd ever held back in Season 1 of #oth

Awwww, okay, that’s pretty adorbs… as long as he’s kidding about the next part, in which he said, “It may be one of those last-second moments where we’ve already left the hospital and we go, ‘You know what you are? You look like a Cleetus. Cleetus Jr.!’”

Cleetus?! Say it ain’t so! Then again, the couple has yet to reveal the name of their firstborn son, so who KNOWS what they have up their sleeves! Perhaps they could try one of these six baby name-picking tips?

What do you think Chad and Sarah should name the babe? Weigh in @BritandCo.

Nicole Briese
Nicole is the weekend editor for Brit + Co who loves bringing you all the latest buzz. When she's not busy typing away into the wee hours, you can usually find her canoodling with her fur babies, rooting around in a bookstore, or rocking out at a concert of some sort (Guns N' Roses forever!). Check out all her latest musings and past work at nicolebjean.com.
Celebrity Baby
TV
Celebrity Baby