This Rock Singer Stopped a Concert to Call Out a Groper 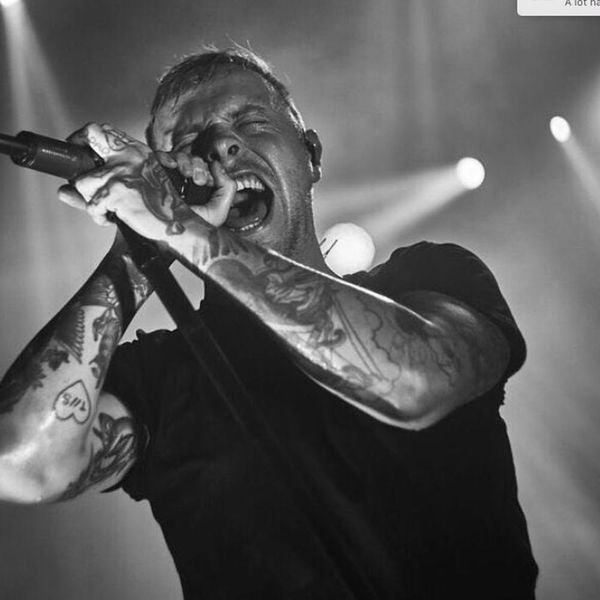 During a tour stop near Amsterdam, UK-based rock band Architects paused their concert after lead singer Sam Carter noticed something not right happening in the audience. While one female fan was crowd surfing, Carter saw another audience member grope the woman, and he took time out of the show to let the abuser (and entire audience) know that he couldn’t let the incident slide.

As Carter went on to explain, he wasn’t sure at first whether or not to say anything about what he’d witnessed. But ultimately, he decided to let the man know that he saw what had happened.

“There is no f*cking place for this sh*t,” Carter said to the crowd.

The singer went on to remind the man that he has no right to touch another person without consent. “Let’s keep this a safe f*cking place,” he shouted before the band started up again.

While it can be hard to keep a distance from other people at a concert, what Carter did was not only helpful to the woman who had been groped but a good reminder that staying silent isn’t the way to help in instances of abuse or assault.

'So, i've been going over in my f*cking mind about whether I should say something about what I saw during that last song….' @Architectsuk pic.twitter.com/zm5L4zlXpw

Earlier this year, The Harvard Business Review noted that just avoiding male stereotypes isn’t enough to curb gender-based violence, and that due to something called the “Bystander Effect,” many men who encounter acts of gender-based violence don’t intervene. The “Bystander Effect” is when bystanders don’t step in to help a victim because of the subconscious belief that someone else will intervene instead.

Carter calling out the male groper at his show proved, however, that there is an easy way to break the bystander effect and be an active ally for women: by jumping in to help. When we have more bystanders, both male and female, coming forward to speak out, these incidents will more likely become a thing of the past, making concerts and festivals more enjoyable for everyone.

Have you ever had an uncomfortable run-in at a concert? Tell us @BritandCo!