This Sassy Grandpa Doing Gymnastics on the Subway Is Absolutely Everything 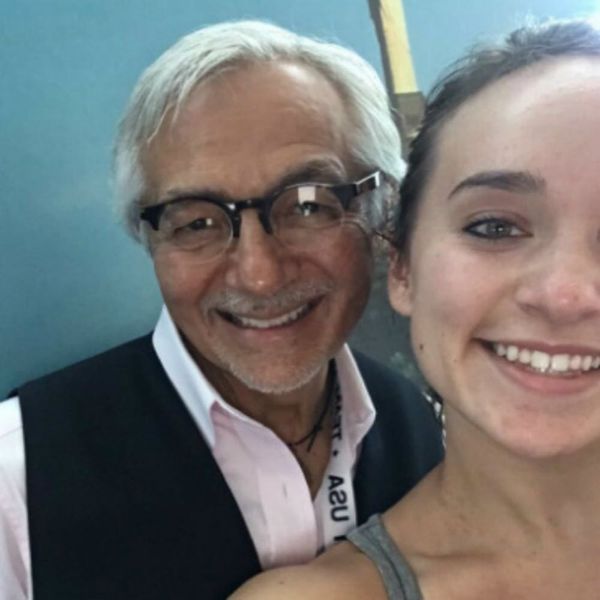 When it comes to the Olympics, everyone wants in on the action: Just take it from Matthew McConaughey, who graciously led us through every possible emotion to be felt while watching the games, or Leah Remini’s little sister/actress Shannon Farrara, who showed off her inner gymnast with an epic “balance beam” stunt just last week.

While in Rio for the 2016 games, 86-year-old Wayne McEntire also caught a case of Olympic fever when he was offered a preferred seat on the subway generally reserved for the elderly. Proving that age ain’t nothing but a number, Wayne responded by transforming himself into an actual gymnast, grabbing the pole next to him and hoisting himself up into a horizontal arm-hold that was nothing short of Ah. MAZING.

Luckily, his grandson Britton Baxter, was on hand to document the epic moment and post it to Twitter.

Someone offered my grandpa a preferred seat for elderly people on the subway and he did this pic.twitter.com/h7QjAM5rRw

The rest, as they say, is history, as Wayne’s adorable story quickly went viral.

Grandpa Wayne didn’t seem to mind much, though, even joking with his wife that she could *totally* have his autograph when he returned from the games.

Papa: Yes you can have my autograph when I get home

Okay, it’s official: WE LOVE HIM.

Does Wayne’s epic response change your mindset about the elderly? Share with us over @BritandCo!

Nicole Briese
Nicole is the weekend editor for Brit + Co who loves bringing you all the latest buzz. When she's not busy typing away into the wee hours, you can usually find her canoodling with her fur babies, rooting around in a bookstore, or rocking out at a concert of some sort (Guns N' Roses forever!). Check out all her latest musings and past work at nicolebjean.com.
Olympics
Entertainment
Olympics twitter
More From Entertainment