#TBT: 16 Tastemakers Reveal the First CD They Ever Owned 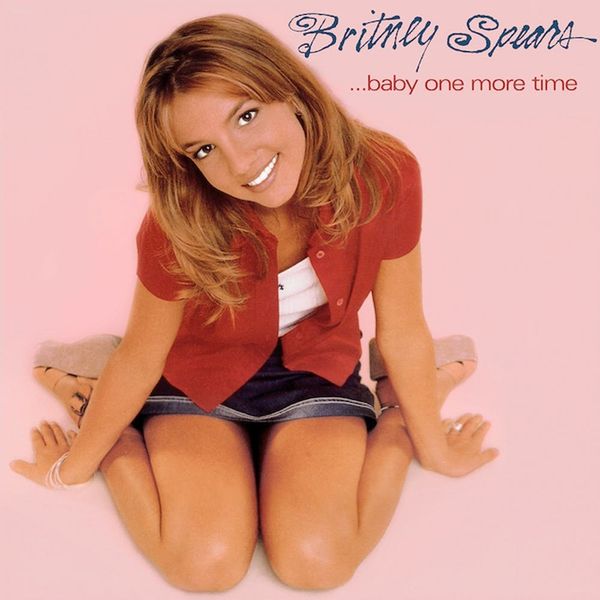 On Wednesdays we wear pink. Okay, no, that’s Mean Girls but on Thursdays, we do take a look back at all the throwback tech of our pasts and get all nostalgic and stuff. This week, we’re going to talk about music. Specifically, CDs. There was a time when there was nothing better than going to your local Tower Records or wherever after school, scoring the newest album from your fave singer/band/Spice Girl, then taking it home and listening to it on repeat until you have every lyric in the little CD booklet memorized. CDs aren’t in the very distant past — just a number of years ago, we were still using them on the reg, but man, technology sure moves fast. With a blink of an eye, suddenly that most prevalent form of getting our tunes from the ’90s to ’00s is a relic, which of course makes me think about the first CD I ever owned.

I’d inherited plenty of CDs from my older brother before, but Sixpence None the Richer’s eponymous album was the first one I got for myself. It was released in 1997, but when “Kiss Me” became the theme song for She’s All That, the band entered my world. While Freddie Prinze, Jr. is the love of Sarah Michelle Gellar’s life, Zach Siler was mine. This got me asking other Brit + Co editors, music industry insiders and tastemakers what their first albums were and man, the answers are definitely a trip down memory.

“My first CD was Janet Jackson’s Design of a Decade (I was also a decade old) and the most-played song was either ‘Runaway’ or ‘Nasty’ — which I would create elaborate dance routines to and make my five-year-old brother sing the fella’s parts.”

“I remember this vividly — the first CD (my parent’s bought for me — I was 10) was Mariah Carey’s ‘Daydream’ album. Ohhh, I played that to death. I almost always listened to the whole album but my favorite song was ‘I Am Free’. I loved singing the ad libs over and over. That was how I first started to practice ‘runs’ when singing… we all know Mariah had runs for days!”

“My first CD was No Doubt Tragic Kingdom. I listened to ‘Sunday Morning’ OVER AND OVER AND OVER and dreamed of being a bleached blonde one day. When I met Gwen Stefani at Beauty Con, I told her that it was my first CD I ever bought and she was like, ‘Awww, I love that!'”

“The first CD I ever bought was Queen’s Greatest Hits. I used to sit in my mom’s car listening to the classic rock station for hours waiting for ‘We Will Rock You / We Are The Champions’ to come on until I realized I could solve the problem with my own copy of the album.”

“My first CD and on repeat song was Britney Spears’ ‘…Baby One More Time.’ The first thing I ever spent money on in my entire life was that CD! My sister and I put our money together in third grade. I remember it so clearly.”

“First CD I ever bought was Break Every Rule by Tina Turner!! I was obsessed with her afro and outfit and dance moves! As a young girl in Illinois dreaming of having an afro and an amazing voice, this find for 50 cents at a garage sale was a hit. My most played track was ‘What’s Love Got to Do With It.'”

“I had both Spice Girl CDs but ‘Spice Up Your Life’ was definitely my go-to. I totally choreographed dances to that jam in my garage. The audience? My stuffed animals. Costumes? My old Halloween costumes.”

“First CD I ever owned was Herbie Hancock’s Future Shock. ‘Rockit’ was on repeat as I practiced backspinning and doing the worm on a piece of cardboard.”

“It’s so embarrassing but the first CD I owned was Trisha Yearwood’s album Songbook which I think was a collection of all her hits. I remember listening to ‘How Do I Live’ on repeat, which could have been because I a very angsty child or because it was the first track on the CD… I have no idea how that CD came into my possession. I think I probably just liked the album cover while I was at Best Buy.”

“My first album was ‘Now That’s What I Call Music Volume One.’ There were SO MANY GOOD ONES on repeat but its a three-way tie between ‘I Will Buy You a New Life’ by Everclear, ‘Flagpole Sitta’ by Harvey Danger and “Say You’ll Be There” by the Spice Girls.”

Dahni Piro, Singer/Songwriter + Frontwoman for End of Ever

“The first full album I remember was Revolver by The Beatles. My brother sent it to me for Christmas. He being 12 years older than me, I was heartbroken when he moved away so I treasured the CD. ‘Eleanor Rigby’ was on repeat.”

“My first CD was Shakira’s Pies Descalzos when she was the Latina Alanis Morissette. My cousin Gaby gave it to me! She was (and continues to be) a million times cooler than me, and she wanted me to hear Shakira’s girl power message. I listened to ‘Estoy Aqui’ on repeat and dreamed of writing letters to boys. (I was nine years old).”

“The first CD I bought on my own was Backstreet Boys Millenium. I bought two copies of it in case one got scratched, which was smart as I played ‘I Want It That Way’ on repeat for about a year. I hid this purchase from my parents as I was a classically trained opera singer and they did not want my training to be influenced by pop music. This boy band rebellion against my parents ultimately lead me to become the product manager for One Direction’s first two albums, which is the source of many Cook-family jokes.”

“The first CD I owned is difficult to remember but Ace of Base’s The Sign is coming to mind. The song I had on repeat was ‘The Sign.’ Such a classic. I kind of want to listen to it now.”

What was your first CD? Do you have any throwback tech stories to share? Tell us in the comments below!

Kimberly Wang
Kimberly Wang writes about all things pop culture, tech, style, and beauty. She's a Bay Area transplant and has an MFA in Creative Writing from Columbia University. On a sunny New York day, you can find her hanging out with her mini schnauzer Isabelle Jellybean on a blanket in Central Park.
Nostalgia
Tech
Nostalgia
More From Tech