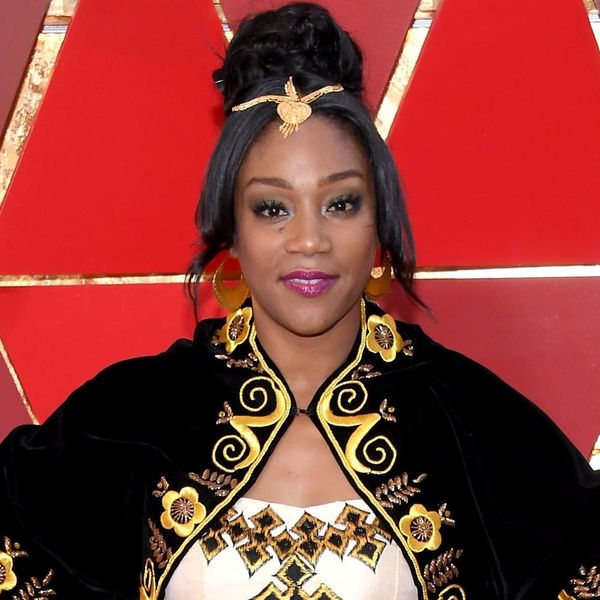 If you’ve seen Tiffany Haddish’s name all over the internet this week, it’s likely because of the comedian’s recent GQ profile, where she claimed that an unnamed actress once bit Beyoncé’s face at a party. In all fairness, it is an absolutely bonkers story, and one that deserves the level of internet sleuthing it has garnered. But as the article’s author has pointed out on Twitter, there’s more to Haddish — and to the article — than just that one anecdote.

“If today’s Tiffany Haddish story is the first time you’re learning about her life, you should know there’s more to it than just Beyoncé,” writer Caity Weaver tweeted. “Tiffany has lived A LOT. And she’s a good narrator. Highly observant and curious about other people.” In the spirt of Weaver’s point, here are five other heartwarming and/or downright hilarious tidbits from Haddish’s GQ profile that *aren’t* about Beyoncé — but are just as worth knowing.

1. Her newfound success enables her to take care of her family. Haddish has always been open about the fact that she spent several years in foster care as a teenager, a result of her mother suffering a traumatic brain injury that left her unable to take care of her children. She was recently able to move her mother out of a psychiatric facility and into an apartment, back with her family. “Literally all my money goes into my grandmother and my mother,” she told GQ. “I got a two-bedroom apartment and moved my sister in so she could be monitoring [our mom]. I got nurses for my mom. … I’ve got meal services coming to the house for [my grandmother] and for my mom.” Haddish had written that this was a goal of hers in her 2017 memoir, The Last Black Unicorn.

2. She keeps perspective. While pay discrepancy — especially for women of color — remains a major problem in Hollywood, Haddish prefers to handle the matter on her own terms. “I’m looking at how [Netflix has] opened up so many opportunities for Black females and comedy,” she said, in reference to comedian Mo’Nique’s recent call to boycott the streaming service. “When my people are dying, that’s when you gonna catch me protesting. I’m not gonna protest because somebody got offered not the amount of money they wanted to get offered. If you don’t like what they’re offering you, just no longer do business with them.”

3. She… drinks turpentine. “The government doesn’t want you to know that if you have a cold, just take some turpentine with some sugar or castor oil or honey and it’ll go away the next day,” Haddish said, to much skepticism. By all accounts, the comedian appears healthy and at the top of her career game, but guys? Please don’t drink turpentine.

4. She’s as warm and magnetic IRL as on-screen. Throughout the entire GQ interview, much of which was conducted on a whale-watching boat while Haddish danced and laughed the afternoon away, the author describes the way the other women on the tour were totally taken with Haddish. “I just appreciate who you are,” one woman told the actress. Another said she was “the real deal.”

5. She rewatches her own shows on a loop on Netflix to make residuals.The Carmichael Show, the NBC show on which Haddish was a series regular, is now available on Netflix, and the actress said she’ll sometimes just let it play to rack up the views — and the dollars. “I just turn it on and let it play,” she said. “I’m like, ‘Hey, let’s collect that residual check.'” That’s just smart business.

Did you learn anything surprising about Tiffany Haddish from her GQ profile? Let us know @BritandCo!