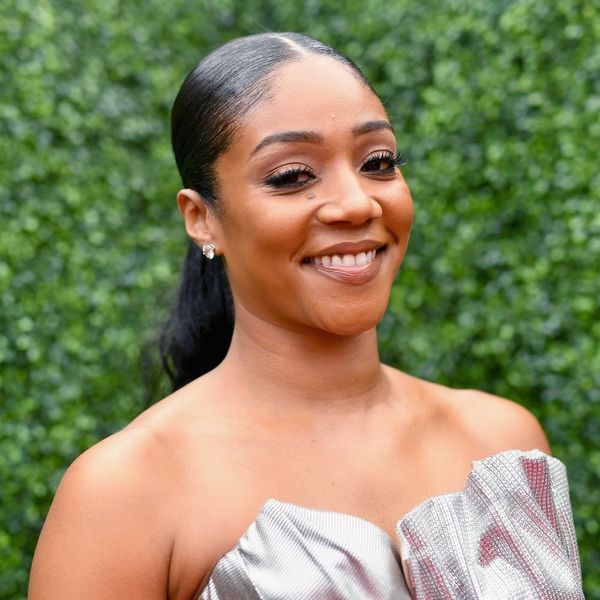 Tiffany Haddish always speaks her mind, and in her new episode of Vogue’s “73 Questions” video series, she’s dishing more of the real talk, hilarious insight, and sweet sincerity that we’ve come to love her for.

In the video, Haddish is preparing to take the stage at Caroline’s comedy club in New York City as she answers some questions for the camera. The Night School star is more laid back than usual, but she’s still her typical open-book self, dishing on everything from her best and worst qualities to her dream dinner guests to how she handles hecklers. Here are 10 of the best revelations from the video.

1. Her best quality is also her worst. Haddish says she considers her honesty to be both good and bad.

2. Her friends and family are everything to her. A group of Haddish’s friends joined her at Caroline’s and, when asked about the actress, described her as “genuine, wise, and fun.” The comedian also uses “fun” to describe herself, along with “honest” and “a hot mess from time to time.”

3. She has a unique pre-show warmup ritual. By saying all the things she doesn’t want into the mirror (“baby daddy, child support”), Haddish says she hope she can trick the universe into giving her what she does want.