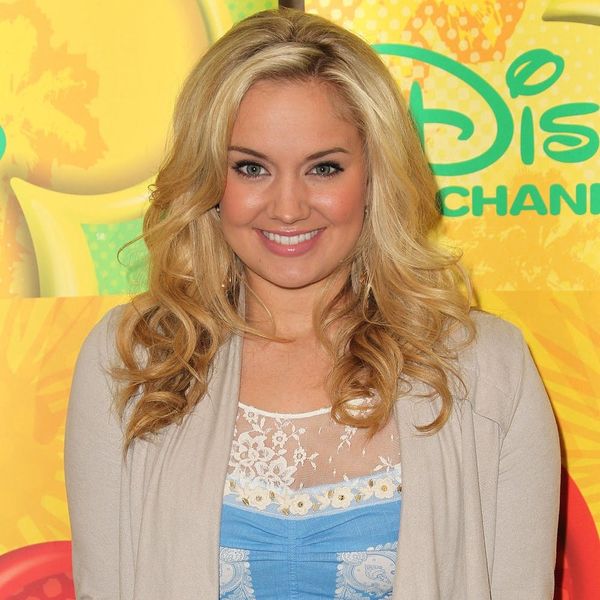 Tiffany Thornton is going to be a new mom — again! The former Disney Channel star revealed on Instagram that she’s pregnant with her third child, her first with husband Josiah Capaci.

The Sonny With a Chance star announced the news in an adorable photo of her two sons sitting on a baby lounger and holding up a sign that read, “New best friend coming Nov. 2018.”

The exciting news comes just over two years since her first husband and the father of her two sons, Christopher Carney, died in a tragic car crash in December 2015 at the age of 35.

Thornton remarried six months ago after falling for family friend Josiah Capaci, and the two tied the knot in an intimate October 2017 ceremony. The wedding wasn’t without its detractors, many of whom accused the Disney star of moving on too quickly, but Thornton responded to the criticisms in an open and honest way.

“Let me take a moment to explain something to you. There is no timeline for grief,” she said on social media, admitting that she was a mess of emotions on the big day. “I thought of Chris watching us and knowing he would have loved the choice I made, for me and for the boys. I thought of Chris’ amazing parents sitting front row and how much of a blessing they have been and will forever be in our lives. How happy they are for the boys and I and how much they already love Josiah.”

Are you happy to hear Thornton’s baby news? Let us know @BritandCo!