The Timeless Allure of Red Lipstick 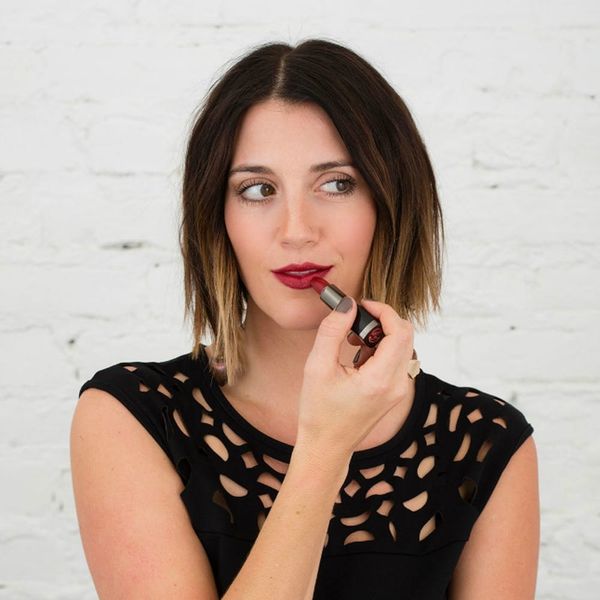 Women have been painting their lips red as far back as Cleopatra’s day, when the empress was said to apply crushed bugs to her lips to make them redder. Ick. Talk about suffering for beauty! To ancient Egyptians, makeup spoke more about one’s social status than gender — with men as likely to paint their lips as women. Today few men wear makeup, but women of all social spheres commonly wear it. Lipstick has come a long way, with many colors available beyond red. Even within the spectrum of red, there are hundreds of hues, so it’s possible there is a particular shade to favor each individual woman. Curious, we test-drove 55 reds on 55 different women to find the best reds.

Lipstick did not spread to the English-speaking world until the time of Queen Elizabeth, when red lips in an otherwise pale, white face (the queen’s look) was the height of fashion. Those lipsticks were made of beeswax and plant dyes. Makeup fell out of favor by the 19th century, when only actresses, prostitutes and other women of ill repute were likely to wear it. It wasn’t until the end of the 1800s, when French cosmetic company Guerlain began to manufacture lipstick similar to what we know today. By the vamp era of the 1920s, red lips were highly fashionable once more. The range of shades remained limited, though, with deep red being the most commonly used color. Only the boldest women, like famous flapper Zelda Fitzgerald, wore it in public. By the WWII era, lipstick was in short supply. But lacking other ornamentation — there were no new clothes for years, as fabrics were rationed for the war effort — most women found a way to sport red lips. By the 1950s, all the glamorous movie stars, and the fans who followed them, were wearing makeup again, with various shades of red the most common lip color. And red remained the perennial favorite until the pale-lips look of the ’60s came in fashion.

Today lipsticks come in every color of the rainbow, with browns and blacks almost as popular as reds. Some believe your lip color choice can say a lot about your personality. So, which lip-color type are you?

What’s your go-to lip color? Tag us on Instagram @britandco.