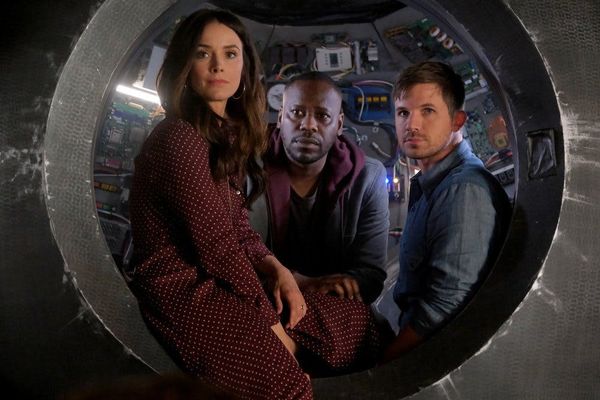 Timeless was officially canceled for a second time by NBC earlier this year, but the sci-fi travel drama will return to the small screen one last time with a two-hour series finale that sees the team undertaking one more mission.

“Everybody’s important,” Lucy (Abigail Spencer) says as the team decides on their historic destination. “What’s the point of saving history if we don’t save the people in it?”

The two-hour finale will be made up of two episodes, together titled “The Miracle of Christmas,” and will take place across three centuries and two continents. Other details have been kept under wraps, but the trailer shows quick glimpses of how the story lines for Lucy, Wyatt (Matt Lanter), Flynn (Goran Visnjic), Emma (Annie Wersching) will play out.

Perhaps most surprisingly, Rufus (Malcolm Barrett) returns after his recent death. Season 2 ended with future versions of Wyatt and Lucy pleading with them to save Rufus, which they appear to do successfully, as he appears in the finale trailer. The details on how he returns will be uncovered in the finale, as will what he means when he mysteriously declares, “Let’s finish it.”

Timeless was canceled for the first time in 2017, but a grassroots fan movement led NBC to bring it back for season 2. Unfortunately, the network pulled the plug again in June.

Will you watch the Timeless series finale? Let us know @BritandCo!