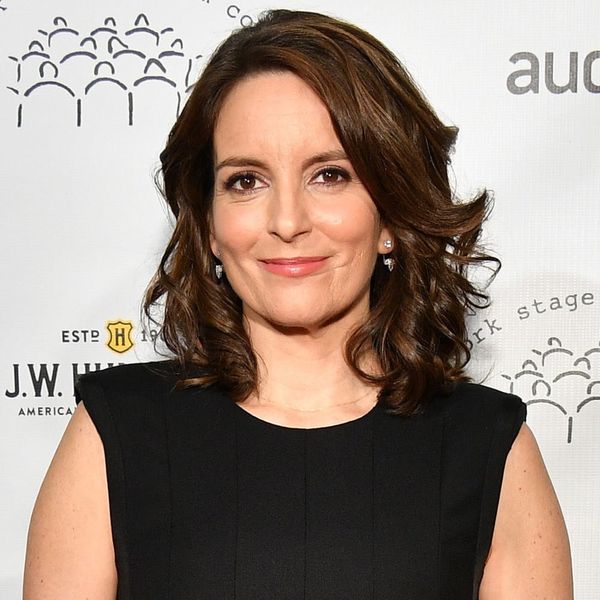 Tina Fey will host the season finale of Saturday Night Live this weekend, so to promote the episode, she appeared on The Tonight Show Starring Jimmy Fallon, where she read a letter she had written to her future self. The kicker? She wrote it just one month ago, when she was last on the show promoting the Mean Girls musical.

“Dear future self,” the 29-day-old letter, dated April 19, began. “As I am writing this, I am a nerd with no friends but I am hopeful that by the time I grow up and be you, I’ll have figured out a way to make people like me, especially my husband and children.”

Fey whimsically reminisced on being “only 47” when she wrote the letter. “Believe in your dreams, especially the one where you’re back in your old middle school and the gym teacher is chasing you in slow motion, because I’m starting to think that did happen to us.”

The “younger” Unbreakable Kimmy Schmidt creator even wrote out a list of sketch ideas for her upcoming SNL gig. The pitches included an “all-robot reboot of the Jersey Shore reboot starring robots,” a commercial for a breast pump that also rates your boobs, a character who brings a cat carrier on a date and whose catchphrase is “meow-za,” a sketch called Mitt Promney (which, according to Fey’s younger self, “writes itself”), a Playboy bunny who has buckteeth and poops pellets, and a Queer Eye sketch that just features food expert Antoni Porowski and pad thai.

Younger Fey even left her future self a hamburger under the chair. So thoughtful.

Check out the full clip (which also includes a Laurel/Yanny reference) below, and catch Tina Fey with musical guest Nicki Minaj on SNL on Saturday, May 19.

Have you ever written a letter to your future self? Let us know @BritandCo!