TODAY Is the Most Popular Day to Use a Dating App 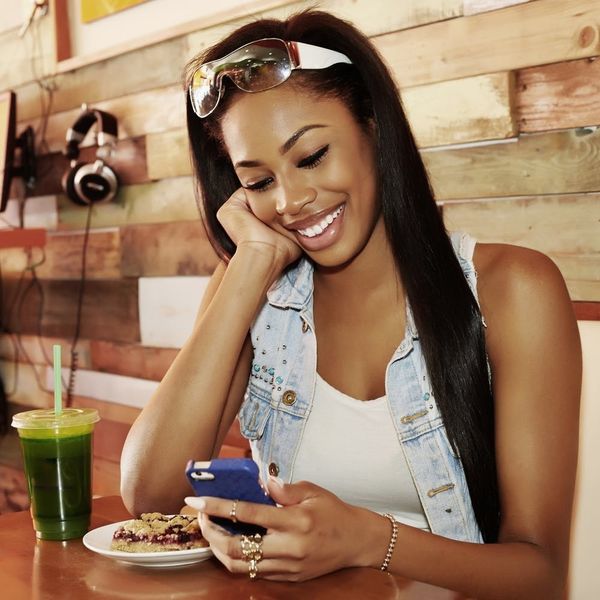 As Valentine’s Day creeps closer and you finish up those DIY cards for your besties, it’s hard not to think about being with a potential boo come the 14th of the month. If you’re excited for Galentine’s Day but are secretly surfing dating apps, you’re not alone — especially if you’re in the 18-24 age demographic. In fact, this is the busiest time of year to meet people online, according to a new data from Happn.

Happn is a new dating app that connects people that you literally cross paths with in real life. Using GPS, it allows you to see others that have crossed geographic and romantic signals with you. The app’s creators looked at data to uncover the most popular day of the year to seek out love online: February 7, one week before Valentine’s Day.

While you might guess that most of these users are just looking for a hookup (especially around such a romantic time of year), data from the app shows that 62 percent of users peruse the app with intentions of finding a date. Interestingly, 72 percent of women wanted a relationship, as opposed to 56 percent of men. However, men are 13 percent more likely to use the app than women are on a daily basis.

Happn focuses on real-life interactions, which is why it’s not surprising that over 83 percent of users have met up to two people on the app. No matter how you spin it, this data shows that people are still game for an old-fashioned date — especially if it’s February 7.

Do you seek out dates or seek out your gals to celebrate Valentine’s Day? Let us know @BritandCo!

Gabrielle Gresge
Gabrielle Gresge is a Chicago native and journalism student at the University of Missouri. While not chasing deadlines, she enjoys giving campus tours, exploring her new home, and missing her old one. She loves to write about these experiences in her own handwriting at gabriellegresge.wordpress.com.
Dating
Relationships
Dating Relationship Advice
More From Relationships