Tom Hanks Playing Mister Rogers Could Save the World, According to Twitter 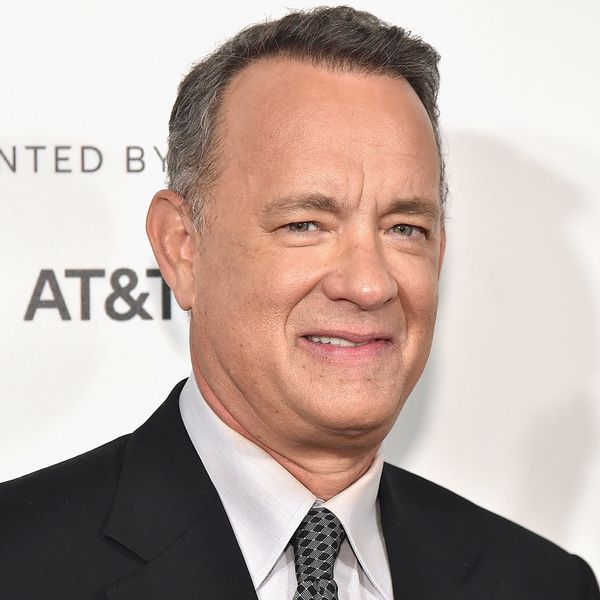 Tom Hanks’ sweet interactions with fans over the years have shown that people feel a certain kinship with the celebrated actor, and when it was announced on Monday that Hanks had been cast as Mister Rogers in a new movie, people couldn’t handle the combined niceness overload.

According to Variety, Hanks will play the children’s TV personality (full name Fred Rogers) in an upcoming biopic called You Are My Friend. It will be loosely based on the unlikely real-life friendship between Rogers and celebrated journalist Tom Junod, who, after being assigned to write an Esquire story on Rogers over 20 years ago, finds his cynical life outlook changed. It will be directed by Marielle Heller (Transparent, Diary of a Teenage Girl) and will start filming in September.

“This is the perfect alchemy of talent coming together at the perfect time to remind us all of the transformative power of kindness and respect to heal and to unite,” said Hannah Minghella, president of the film’s distributor TriStar Pictures.

It’s clear that many people felt the same optimism over the project. “Tom Hanks as Mr. Rogers is like my childhood coming back to sprinkle fairy dust on all my open, bleeding adult wounds,” one user tweeted dramatically (and 100 percent accurately). Other people reacted just as emotionally.

1. Best. Neighbor. Ever. Hanks will have no problem being welcomed to the neighborhood.

YES Tom Hanks I will be your neighbor pic.twitter.com/KdeTcnGEMk

Every once in a while, the Universe is in PERFECT alignment to briefly brush away some of the nasty sludge of reality.

Tom Hanks playing Mr. Rogers is one of those moments.

THANK YOU, Universe!
*wipes away tears of gratitude* pic.twitter.com/d4QGTsenbT

4. A relief. This is just straight facts.

5. Seriously, people have a LOT riding on this. It just might save the world.

Tom Hanks is playing Mr. Rogers in his biopic, in humanity's last ditch effort to convince the aliens not to destroy us.

6. It delivers some of that David S. Pumpkins glee. Can’t stop smiling. Don’t want to.

When you see that Tom Hanks will be portraying Mr. Rodgers! pic.twitter.com/IYUDLSChyD

Rogers died in February 2003 at 74 after a battle with stomach cancer, but his legacy of love and kindness lives on — and we can’t imagine anyone better than Hanks to bring it to the big screen.

Were you excited to hear that Tom Hanks would be playing Mister Rogers? Let us know @BritandCo!