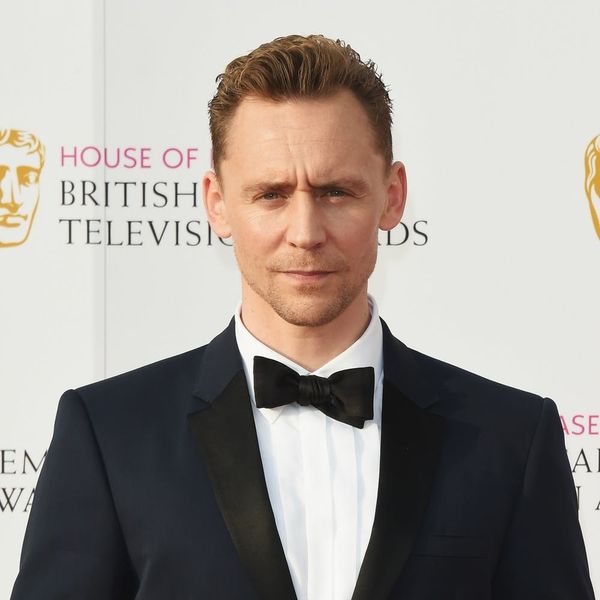 Tom Hiddleston has been hard at work promoting his film projects lately: From his Emmy-nominated role in The Night Manager to Thor: Ragnorak and Kong: Skull Island, he’s been spotted everywhere from Comic-Con (SANS his famous GF) to Instagram, where he both made his debut and passed a new relationship milestone by following Taylor on the social media platform earlier this week.

Recently, he also did a Facebook Live interview with Access Hollywood, and while most of the questions and answers revolved around his current work, things did (kinda’ sorta’) eventually turn to the topic that all the fans REALLY want to know about: What’s it like dating Taylor Swift amid the Kimye controversy?

While he wasn’t *directly* asked about Taylor, one of his fans wrote in to ask, “This summer has been a high-profile one for you personally. What have you learned about the culture of celebrity?”

Tom seemed genuinely thrown for a loop by the question, struggling to find the right words to say. “Well, you know, it’s interesting; we sort of we live in a world where every phone has a camera and there’s nothing new really about the spotlight on me — that’s what happens when you’re a public figure,” he said.

When it came to the second part, however, he was even more flustered. “I’ve learned… to… I don’t quite know. Maybe it’s too soon to tell,” he joked. “But, um, let me give you a proper response.”

Having beat around the bush long enough, he uttered a carefully composed response that was the perfect mix of diplomacy and low-key shade.

“I’ve learned that there are many sides to a story, and that sometimes there are a lot of stories out there which are false, and the hardest thing is to try to not let those falsehoods affect your own life.”

Call us crazy, but we THINK we have a hunch about which “falsehoods” he may or may not have been referring to *cough cough Kim and Kanye!*

While Tom was bound to address the elephant in the room at some point, he did say the drama, like Kim K.’s most recent Taylor diss, hasn’t crossed into his social media life — yet. “I literally just joined Instagram a week ago, so it’s been fun so far.”

Here’s to hoping it stays that way!

Watch the interview in its entirety here!

Meet your Emmy nominee: Tom Hiddleston from AMC's The Night Manager is LIVE. Leave your questions in the comments below.

Posted by The Hollywood Reporter on Friday, August 12, 2016

Do you think Tom’s response was a classy dig at the Kardashian-Wests? Share with us over @BritandCo!

Nicole Briese
Nicole is the weekend editor for Brit + Co who loves bringing you all the latest buzz. When she's not busy typing away into the wee hours, you can usually find her canoodling with her fur babies, rooting around in a bookstore, or rocking out at a concert of some sort (Guns N' Roses forever!). Check out all her latest musings and past work at nicolebjean.com.
Celebrity Couples
Celebrity News
Celebrity Couples Taylor Swift
More From Celebrity News