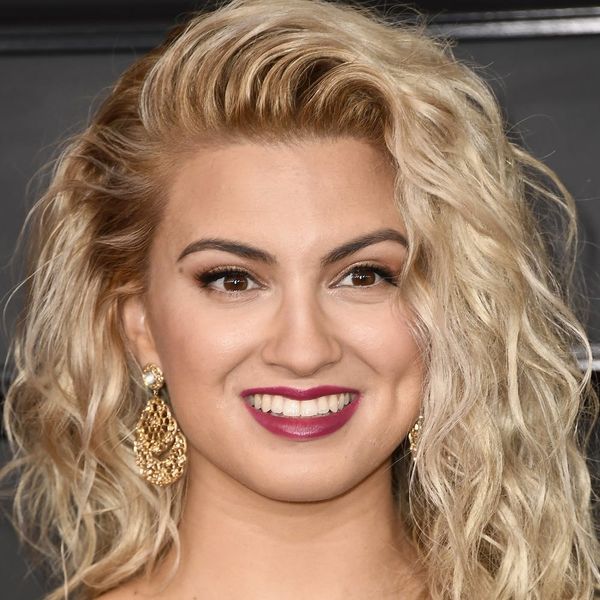 Singer Tori Kelly definitely has “Something Beautiful” to croon about! The 24-year-old has just broke the news over on Instagram that boyfriend André Murillo, who she’s reportedly been dating since late 2016, has officially popped the question!

Posting a telling black and white photo of herself covering her mouth in surprise with a hand decorated with a brand new visible sparkler on her ring finger, the usually private star wrote, “I love you.”

Her German basketball-player fiancé confirmed the news over on his own page, sharing his own adorable snap of the two lovebirds in a warm embrace, writing, “To have and to hold… to cherish and protect. My best friend say ‘yes,’” Awwwww!

• To have and to hold... to cherish and protect. My best friend said "yes"

The 2016 Best New Artist Grammy nominee was flooded with happy comments from her 2.8 million followers, who readily offered up their congratulations.

While the ring is somewhat difficult to make out due to the grainy nature of the shot, it appears to feature a single large round-cut stone surrounded by many more smaller diamonds.

We can’t wait to get a closer look at the artist’s next red carpet appearance!

Are you surprised by Tori’s big engagement news? Tell us over @BritandCo.

Nicole Briese
Nicole is the weekend editor for Brit + Co who loves bringing you all the latest buzz. When she's not busy typing away into the wee hours, you can usually find her canoodling with her fur babies, rooting around in a bookstore, or rocking out at a concert of some sort (Guns N' Roses forever!). Check out all her latest musings and past work at nicolebjean.com.
Celebrities
Celebrity News
Celebrities Celebrity Engagement Engagement Engagement Rings
More From Celebrity News