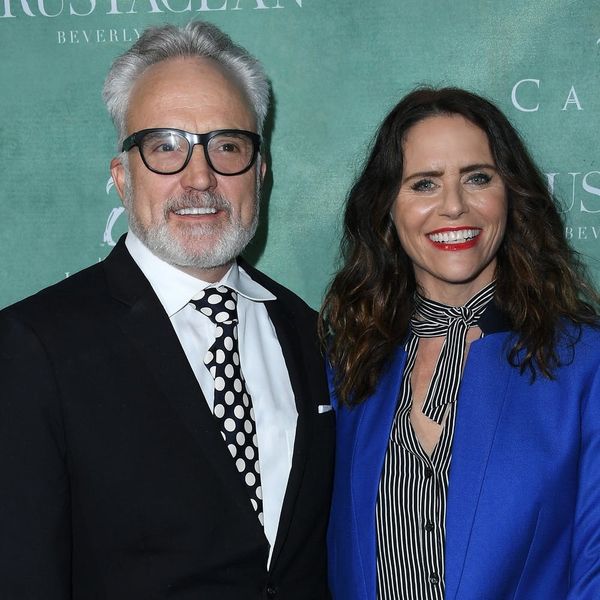 Bradley Whitford may not have been up for an individual award at the 2018 Oscars last night, but he did have something very special to celebrate (or at least share) on the red carpet. The Get Out actor confirmed that he’s engaged to his Transparent costar Amy Landecker.

Fans started to speculate about a possible proposal two days ago, when Landecker showed off what appeared to be an engagement ring while she and Whitford posed together at the 11th Annual Celebration of Female Oscar Nominees.

The former West Wing star then mentioned the engagement last night when he stopped to talk to Ryan Seacrest about the first time he read the Oscar-winning script for Get Out. “I walked out of the room and I said to my fiancée, ‘This is unlike any script I’ve ever read. This could be incredibly brilliant or it could really not work,'” he recalled. A rep for the couple also confirmed the happy news to People.

Fans of the pair will know that they have worked together on Amazon’s Transparent since the series debuted in 2014. News that they were a couple came to light in 2015.

This will be the second marriage for both actors, as 48-year-old Landecker was previously married to journalist Jackson Lynch until they split in 2011, and 58-year-old Whitford was married to Malcolm in the Middle star Jane Kaczmarek from 1992 to 2010. Whitford and Kaczmarek share three children, 20-year-old Frances Genevieve, 18-year-old George Edward, and 15-year-old Mary Louisa.

Do you have a favorite costar couple? Let us know @BritandCo!