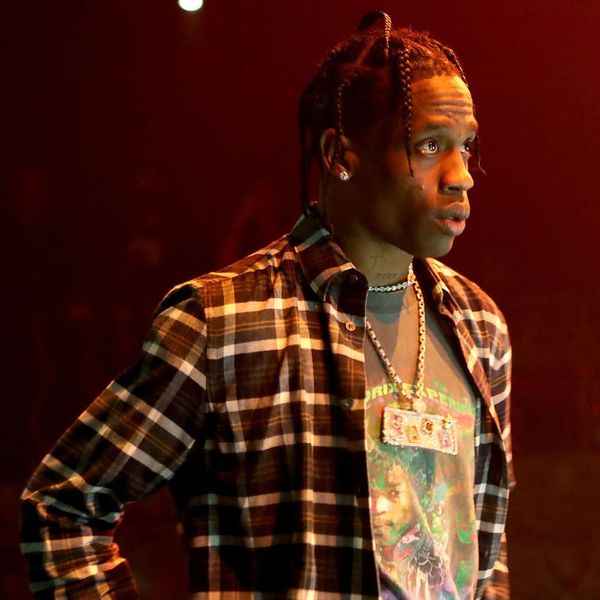 Kylie Jenner has so far remained completely mum on the months-long rumors that she’s expecting (or, as some fans believe, may have already had!) a baby with rapper Travis Scott. Though people continue to pressure her family for info, they’re sticking to vague non-answers or avoiding the topic altogether — and that now includes Scott, who broke his silence on the matter (well, kind of) for the first time in a new interview.

Speaking with Billboard for a recent cover story, Scott was asked if he’s spoken to his father about “becoming a father” himself. He replied, “Uh… for what?” When the interviewer referenced the rumors of Scott dating and expecting a child with the youngest Jenner, he was quick to change the subject.

“I don’t want to talk about that,” the 25-year-old rapper said. “They’re just guesses. Let them keep fishing.”

The line of questioning didn’t stop there, though: The Billboard reporter then asked whether Kanye West, a mentor of the young rapper’s and the husband of Jenner’s sister Kim Kardashian West, had taught him anything about “dating a fellow celebrity.”

“Nah, I haven’t seen him deal with that,” Scott said evasively. “I just stay to myself.” Sounds like someone has taken a page straight out of the Kardashians’ own recent media training!

What do you think of Travis Scott’s answers to the Kylie pregnancy questions? Let us know @BritandCo!