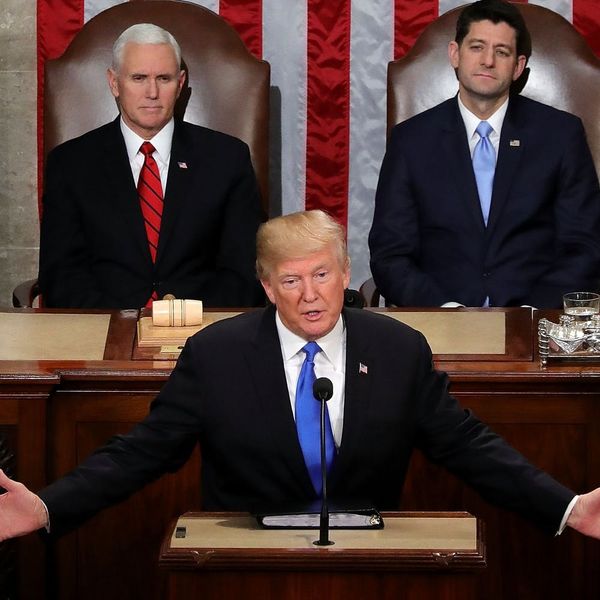 On Tuesday, President Donald Trump signed an executive order to keep the military prison at Guantanamo Bay open. In doing so, the president kept a campaign promise and at the same time crushed more than a decade’s worth of efforts on the part of America’s last two presidents, who both believed that closing the politically polarizing detention center was in the nation’s best interests.

Trump signed the order shortly before making his first State of the Union address, in which the president addressed what he sees as a need for the controversial prison.

“I am asking Congress to ensure that, in the fight against ISIS and al-Qaeda, we continue to have all necessary power to detain terrorists, wherever we chase them down, wherever we find them,” said President Trump. “And in many cases, for them, it will now be Guantanamo Bay.”

Trump has not sent anyone to the prison since taking office, though he promised during his campaign that he had big plans to “load it up with some bad dudes.” This new order gives the US the option of sending enemy combatants to Guantanamo, though in order to do so, the defense secretary must recommend criteria within the next 90 days for determining what happens to these enemy combatants.

Known colloquially as GTMO (“Gitmo”), Guantanamo Bay was opened in 2001 by President George W. Bush, and reached peak occupancy in 2003 when 680 prisoners were housed there, reports the New York Times. Bush transferred out some 500 prisoners before leaving office and Obama transferred out another 197. Today there are only 41 prisoners at Guantanamo Bay, including five that are cleared for release.

Experts say that the executive order will change little practically, but that it is symbolically important. It marks a direct contradiction of the goals of both Barack Obama and George W. Bush, who both hoped to see the center closed. It is widely believed that the existence of Guantanamo — an offshore detention center used to house alleged combatants indefinitely without charge — is a useful tool in terrorist recruitment.

In an interview with The Associated Press, Obama’s special envoy at the State Department for closing Guantanamo, Lee Wolosky, said the order was important for what it represents.

“Symbolically, it reaffirms his interest in perpetrating a symbol that has greatly damaged the United States,” Wolosky told the AP.