Meet the Identical Twin Sisters Who Just Both Became Judges 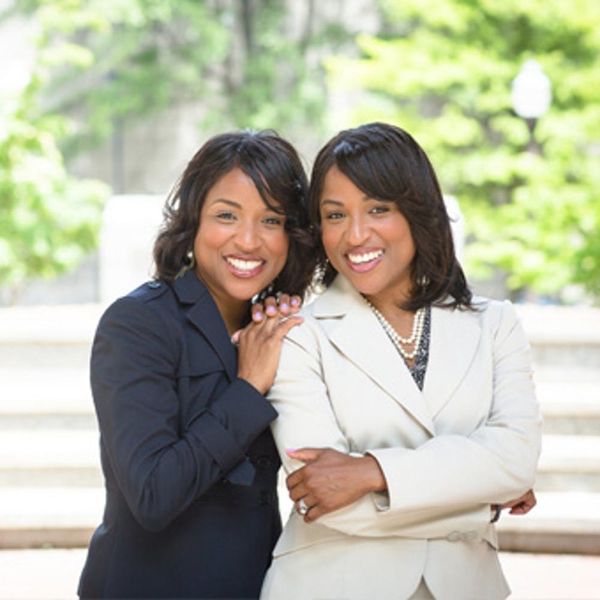 When you think of famous and successful twins, the CFDA award-winning Olsen twins might be one of the first to come to mind. But there’s one dynamic duo that deserves a place on your radar and in the spotlight. Birmingham, Alabama natives Shera Grant and Shanta Owens were born just four minutes apart. But DNA isn’t the only thing these twins share in common. Shanta has been a district court judge in the Cotton State since 2008. And Shera? Well, she just joined her sister on the bench of ultimate #girlbosses.

Grant and Owens show that twin telepathy may not be such a farfetched concept after all (it’s real — everything you need to know about twins here btw). Since the twins were young, Shera and Shanta’s lives have intertwined in myriad ways. Raised by a single mother and librarian, the two developed a love of reading — and a commitment to work hard and be respectful of others. After graduating from Alabama State University, both Shera and Shanta became certified legal beagles at Louisiana State University’s law school. The two briefly parted ways in the Heart of Dixie when Shera went to Atlanta after graduating law school and Shanta returned to Birmingham, but the twin connection resumed when the sisters both found gigs as prosecutors.

It was in 2008 that Shanta reached new heights in her profession, having been not only elected as an Alabama district court judge, but later winning a second term on the job. Shera didn’t waste any time in the shadows of her older sis. In true twin fashion, Shera will soon join Shanta on the Jefferson County bench, as she was recently appointed by Alabama Governor Robert Bentley to succeed the judgeship of Jack Lowther. “Public service seems to be a trait that runs in her family,” Bentley told the press.

Today, it seems public service isn’t the only thing that runs in the family. Grant and Owens may have passed on their twin connection to the next generation. Their daughters are the same age — as are their sons — and their husbands have been BFFs since kindergarten! With Grant and Owens’ lifelong love for each other and for serving others, we have a feeling there will be more #girlbosses (and maybe even more twins) to emerge from this fabulous family tree.

Who are your fave twins in the limelight? Tweet us @BritandCo!

Manasa Reddigari
Manasa is a freelance writer with a passion for the weird and wonderful technologies that are transforming life as we know it today.
Family
Work
Family Girlboss
More From Work