Uh Oh! Beyoncé Is Being Sued Over Her Drunk in Love Video 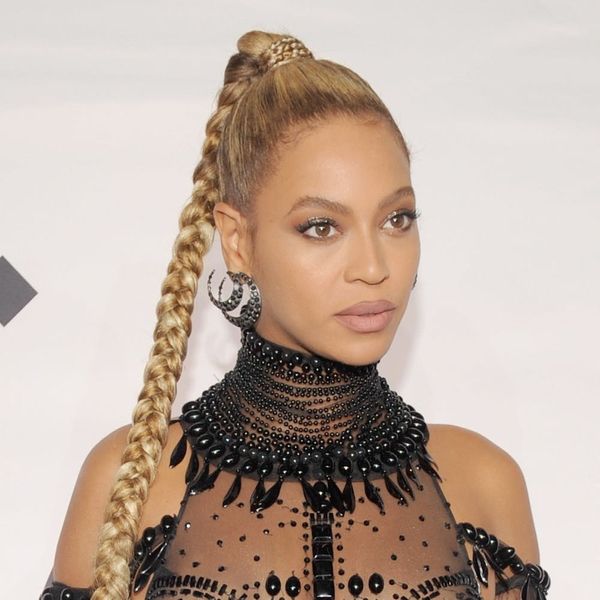 The year looked like it was ending off pretty darn well for Beyoncé, with Ms. Knowles nabbing a spot among the best songs of the year and bringing some seasonal joy to a group of very lucky office holiday party attendees. But now, it looks like the Grinch has visited B’s household early with a nasty lawsuit in hand.

Though Beyoncé’s “Drunk in Love” video was released back in 2013, the singer is just facing legal trouble now over the appearance of Jay Z’s Roc-A-Fella Records logo. A dude by the name of Dwayne Walker claims he was hired to create the logo way back in 1995. However, the Roc folks dispute that, saying it was instead designed by an in-house art director.

17 years after the fact, Walker tried to sue Jay Z (along with his former business partner, Damon Dash, and executives at Universal Music Group) for $7 million in unpaid royalties. Though he was unsuccessful and the suit was dismissed due to lack of evidence, Walker apparently wants to try again, this time with a bit of a spin. He’s going after Queen Bey.

The man who still says he created the famous logo claims that Beyoncé failed to get his permission to use it in her “Drunk in Love” video. Granted, there’s no reason she would have, since according to the courts, Walker has no rights to the logo. But still, this fella seems to think he has a reason to bring the entire sitch before a judge, so we’ll just have to wait and see how it rolls out.

Do you think there’s any merit in this case or more likely just someone trying to get money from famous folks? Tweet us @BritandCo!

Desiree O
Desirée O is a ‘Professional Bohemian’ who loves anything and everything related to the arts, entertainment, and pop culture. She ADORES being a ‘Newsy’ for Brit + Co, covering all of the latest tidbits of awesomeness that you want to read about. When she’s not writing, she’s either making messy art, going on long adventurous walks with her camera, or poking around over at bohemianizm (http://www.bohemianizm.com/). You can find out about Desirée O and her work at http://DesireeO.com/ or follow her on Twitter @DesireeO.
Beyonce
Most Recent
Beyonce