The UK Is Cracking Down on Gender Stereotypes in Advertising 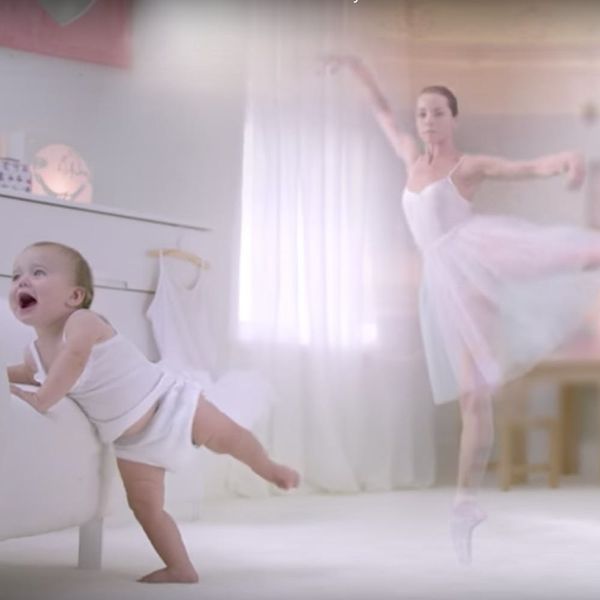 It’s well accepted by now that things like parenting and housework are responsibilities that should be shared between partners, no matter their gender. And careers like ballet dancing and engineering aren’t specific to gender, either. Unfortunately, not all ads have caught up with the times, which is why a new set of rules has been suggested in the UK to ban inaccurate and potentially harmful stereotypes.

This week, the UK’s Advertising Standards Agency (ASA) released a “Depictions, Perceptions, and Harm” report addressing ads that perpetuate or reinforce gender stereotypes, noting that they have the “potential for harm or offense.”

While the ASA’s report noted that action has already been taken in relation to ads that use body image, sexualization, and objectification, it also recognized a need to “introduce tougher standards to restrict some additional gender stereotypes depicting roles and characteristics or which mock people for not conforming to stereotype, because of their potential to cause harm.”

This means no more ads that show dads who are downright dumb when it comes to laundry, and no more making fun of girls for liking toys or activities that are “stereotypically associated with boys.” One ad that drew complaints was a baby formula ad from Aptamil (above), which showed girls growing up to be ballerinas and boys growing up to be engineers and rock climbers. A spokesperson for Aptamil said the company “strongly believes in diversity and equal opportunities and always wants to behave responsibly. We will take the ASA’s findings into account as we develop our advertising to show more diversity in roles and aspirations.”

According to Mashable, Guy Parker, Chief Executive of the ASA, said in a statement, “Portrayals which reinforce outdated and stereotypical views on gender roles in society can play their part in driving unfair outcomes for people.” He added, “While advertising is only one of many factors that contribute to unequal gender outcomes, tougher advertising standards can play an important role in tackling inequalities and improving outcomes for individuals, the economy, and society as a whole.”

We agree, and we’re totally here for these new standards.

What do you think of the proposed plan to restrict gender stereotypes in ads? Let us know @BritandCo!

Desiree O
Desirée O is a ‘Professional Bohemian’ who loves anything and everything related to the arts, entertainment, and pop culture. She ADORES being a ‘Newsy’ for Brit + Co, covering all of the latest tidbits of awesomeness that you want to read about. When she’s not writing, she’s either making messy art, going on long adventurous walks with her camera, or poking around over at bohemianizm (http://www.bohemianizm.com/). You can find out about Desirée O and her work at http://DesireeO.com/ or follow her on Twitter @DesireeO.
Gender Issues
More From Gender Issues