Under President Trump’s New Immigration Rules, Melania Trump Would Have Been Deported 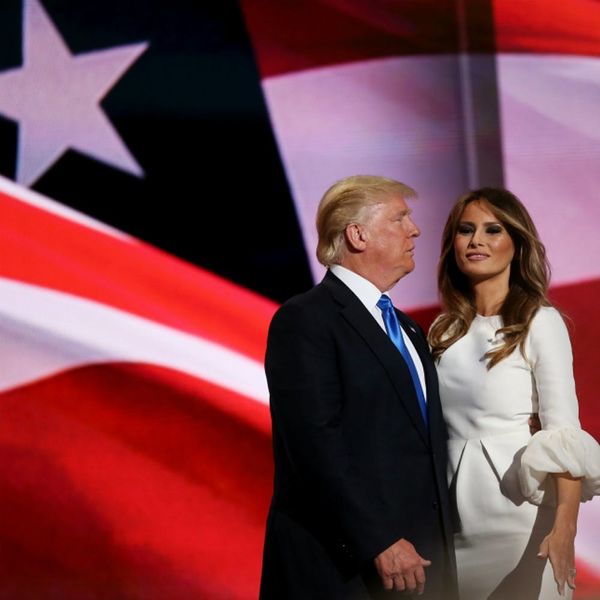 Less than two months into his presidency, President Trump is making good on many of the promises he made on the campaign trail. While some brushed his words off at the time, saying he was purposefully being over-the-top, we’ve come to learn that this is a man who says what he means, and is working to get things done as quickly as possible. In the last week alone, ICE raids have been coming fast and furious, and things are about to get even stickier. Trump has just released a new immigration plan that has many immigrants (including those legally here) fearful. Folks are pointing out some interesting irony in these laws, however: As written, these new laws would have had his own wife, Melania Trump, concerned about deportation if they had been in effect when she first arrived as a young model.

The first lady originally immigrated to the US in the mid-’90s, arriving on a travel visa from her native Slovenia. She immediately began working as a model until she eventually got a work visa. Considering the fact that her working in the country on a tourist visa is actually illegal to this day, Mrs. Trump would have been deported for breaking the law if Trump’s current policies were in place back in 1996.

Slate Magazine reported that two independent immigration lawyers confirmed that because she was working while on a travel visa, the First Lady could have been deported if these new laws were then in place. When pressed for comment, her lawyer didn’t give any details, but no one from her camp has been able to confirm that she did work legally while modeling back in the ’90s.

What do you think about the irony of Trump’s new legislation? Tell us @BritandCo!