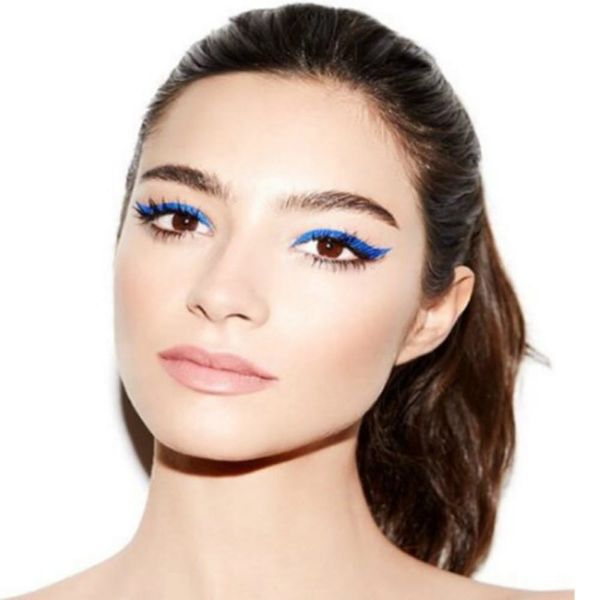 We loooovebeauty products and all things makeup (especially now that we’ve figured out how to wear it to the gym), and are usually head over heels for all things Urban Decay, in particular, like their new matte naked palette. *Swoon* But the beauty giant’s latest ad has some people seriously upset, sparking a major debate on social media.

The ad in question shows swatches of UD’s new “Razor Sharp Eyeliners” painted on the back of a model’s arm. Nothing new here: Beauty bloggers across the planet have been showing off colors this way forever. Even Kylie Jenner swears by the trend to promo all of her latest lip kits. What has people buzzing, however, is the caption that Urban Decay decided to use along with the snap: “Ready for some Razor Sharp Swatches, UDers?”

Twitter user Niamh Dermody was one of the first to tweet about the matter, saving the snap before it was deleted and writing: “Oh @UrbanDecay no no no…. Bad bad move! Very distasteful!” Soon, UD fans were voicing their disappointment and criticizing the brand for referencing and making fun of self-harm.

Jesus urban decay please tell me this wasn't intended as a self harm pun https://t.co/Xt3625QCrs

.@UrbanDecay hey UD, who on your PR was like.. you know what everyone loves? a good self harm joke

Meanwhile, others took to Twitter to stand up for Urban Decay by pointing out that the photo was simply showing off swatches and that its caption used the product’s name innocently.

@UrbanDecay The fact that people think this is a self harm joke is beyond ridiculous. This is where/how I test ALL makeup.

Urban Decay, for one, was quick to delete the post and issue an apology, writing: “We swatch on the inner arm to show texture & shades. We didn’t intend to reference self-harm as the product is named Razor Sharp Eyeliner.”

We swatch on the inner arm to show texture & shades. We didn’t intend to reference self-harm as the product is named Razor Sharp Eyeliner.

Not everyone was satisfied with that, however. @zoexrain responded: “When I saw those Urban Decay swatches and read the caption my mind did go to self harm. Whether it was intentional or not.”

When I saw those Urban Decay swatches and read the caption my mind did go to self harm. Whether it was intentional or not.

Yikes! Either way, it sounds like the company will hopefully be a litttttttle more careful when promoting products from now on.

Do you think the Razor Sharp Eyeliner ad was tasteless? Tweet us @BritandCo.

Barbara Pavone
Barbara Pavone is a pop culture-obsessed writer based in beautiful (but ridiculously cold) Montreal, Canada. When she's not working, she's sipping on a Pimm's Cup and daydreaming about her celebrity hero, Saint West.
Beauty News