6 Celeb Makeovers to Try in 2017 Based on Your Personality 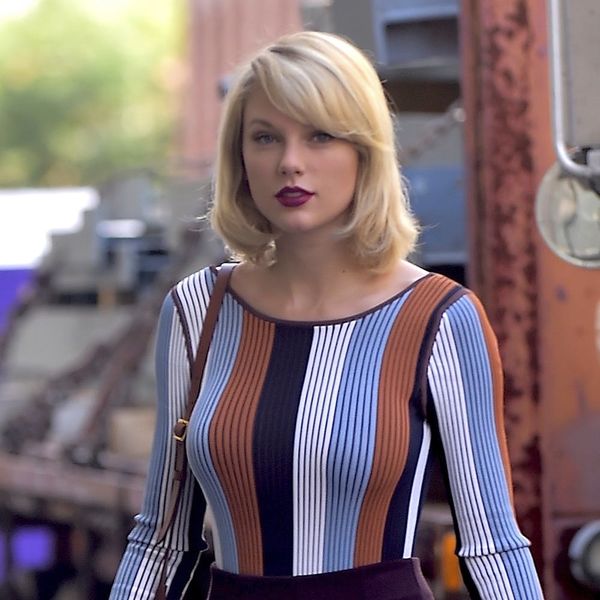 The New Year has arrived in a blaze of glory, and now that it’s FINALLY here (we weren’t counting down the days to 2017 or anything), it’s time to make good on all those “New Year, New Look” mantras. In case you’re feeling a little unsure how to go about it, we’ve rounded up a group of celebs for you to channel for inspiration, having already undergone mega (or minor — change doesn’t have to be huge!) makeovers themselves in the past year. From Emma Stone’s uber-bold pixie to Taylor’s prep-to-goth and back again transformation, the gang’s all here: See who made us do a double take in our list below.

If You Want a Subtle Change, Jenna Dewan Tatum Should Be Your Muse

Jenna managed to change up her look this year without going TOO cray by simply adding some simple fringe. Using Helena Christensen as her muse and going for blunt, Jenna proved you don’t have to go all out to make a big impact on your look.

If You Want to Bust Out of Your Comfort Zone, Taryn Manning Should Be Your Muse

'Cause we go tightroping, up slippery slopes, I drink that rain within, until you want more, we swam in oceans red, while we just explore, were CURIOUS and curiosity killed the cat' TM-from my upcoming album: Paper Thin Vox ft whack lyrics.

Taryn Manning has certainly undergone some color changes in her day (she’s been everything from a deep brunette to a platinum blonde), but no color change ever struck us quite so much as the new pink locks she debuted last week. Unlike Bella Thorne (who seems to change her color to something funky every other week), this is totally unlike any look Taryn’s ever had, and the surprise made us love her dye job that much more. If you really want to make a splash, go bold or go home!

If You Want to Make a Statement, Olivia Wilde Should Be Your Muse

Oliva Wilde’s latest haircut wasn’t just any old haircut — girl had an axe to grind. Saying it all in a hashtag (#nomoremelaniahair), Olivia took to social media (and the salon!) to make it clear that she wasn’t feeling comparisons to the First Lady. So? She “chopped” her hair. Problem solved!

If You Want to Add Some Edge to Your Look, Taylor Swift Should Be Your Muse

We know, we know: There was a time we’d have been shocked to see the normally preppy “Taylor Swift” and “edge” in the same sentence, but girl really took some fashion risks this year! Between her new summer goth look and the velvet thigh-high boots she donned to gal pal Gigi Hadid’s Gigi x Tommy fashion show (which were literal fire, BT dubs), Taylor made it clear she would longer be pigeon-holed into any one style genre, and we love her all the more for it.

If You Want to Tone Down Your Routine, Kylie Jenner Should Be Your Muse

Again, we know what you’re thinking: WHAT!? But hear us out! In August, Kylie took a vacay to the Caribbean, and while there, the normally done-up makeup mogul went au naturel (or pretty close to it), revealing her freckles to the world. She also toned her makeup down in a big way, showing us that sometimes, less really is more.

If You’re Feeling Bold, Emma Stone Should Be Your Muse

We won’t sugarcoat it: Undergoing the type of dramatic haircut that Emma Stone debuted for her November Vogue Italia cover isn’t for the faint of heart. But if you’ve weighed your options and are still feeling the itch to take the plunge, a pixie like Emma’s is surely the way to go!

Which celeb transformation do you think was the best? Tell us over @BritandCo.

Nicole Briese
Nicole is the weekend editor for Brit + Co who loves bringing you all the latest buzz. When she's not busy typing away into the wee hours, you can usually find her canoodling with her fur babies, rooting around in a bookstore, or rocking out at a concert of some sort (Guns N' Roses forever!). Check out all her latest musings and past work at nicolebjean.com.
Celebrity Beauty
Beauty News
Celebrity Beauty Celebrity Hair Colored hair Hair Color hair dye Haircuts