Vanessa Grimaldi on Her Split from Nick Viall: “I’m Trying to Pick Up the Pieces” 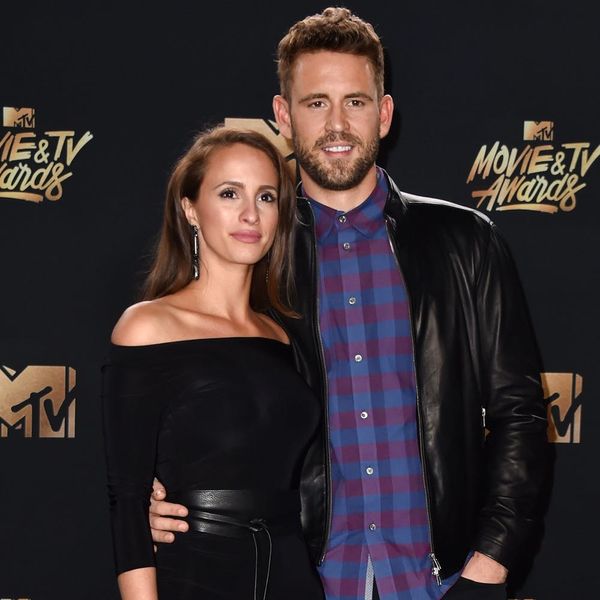 Vanessa Grimaldi and Nick Viall were hoping for happily ever after, but their love story turned out to be a little shorter than they’d expected. The pair, who met on season 21 of The Bachelor, announced the end of their engagement in August, five months after fans watched Viall propose on the March finale. Now, in a revealing new interview with People, Grimaldi is opening up about what went wrong.

“Nick and I were always transparent about the challenges in a relationship. We certainly had ours,” the Montreal native told the mag. “I fell for him hard, and when you fall in love that hard, your heart breaks even harder.”

Grimaldi said distance wasn’t really a factor in the split, since they had both decided that she would put her teaching career on hold and move to Los Angeles. The bigger issue was their compatibility.

“In the end, as much as we loved each other and tried to make it work, we just realized we were different people fighting to keep a relationship when ultimately we just weren’t the best fit for each other,” she explained.

Now that they’ve gone they’re separate ways, she’s trying to look to the future. “When you fall in love with someone with all that you have, it’s hard to let go,” she admitted. “Every part of you gets shattered. I’m trying to pick up the pieces. … I hope he finds his person and his happily ever after that we unfortunately couldn’t find together.”

Viall, for his part, told Us Weekly after the breakup that he still loves Grimaldi “very much.” He also said that despite their split and his other past heartbreaks — on two previous seasons of The Bachelorette, no less — he still believes in love. “I mean, of course, right?” he told Us Weekly. “And again, I was still lucky enough to find it with Vanessa.”

How do you get over a breakup? Tell us @BritandCo.