‘Austin Powers’ Star Verne Troyer Has Passed Away at Age 49 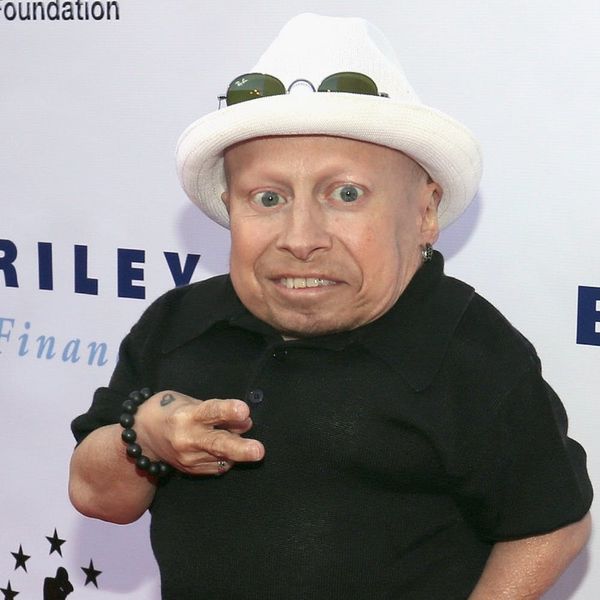 Verne Troyer, AKA the beloved Mini-Me from the Austin Powers trilogy, has passed away at the age of 49. The sad news was announced on the actor’s official Instagram page today with a lengthy statement of explanation to fans.

“It is with great sadness and incredibly heavy hearts to write that Verne has passed away today,” the note read.

Police were rushed to Troyer’s home Monday night after a friend reportedly called in for help, at which time fans were asked to keep the comedian in their thoughts and prayers.

Asking you to keep Verne in your thoughts and prayers. He’s getting the best care possible and is resting comfortably. Appreciate the support from family, friends, and fans around the world. We will keep you updated here.

The statement added that friends and family were by his side while he was recently baptized.and concluded by urging fans to be kind to one another. “Depression and suicide are very serious issues. You never know what kind of battle someone is going through inside. Be kind to one another. And always know, it’s never too late to reach out to someone for help.”

Troyer’s family is asking that in lieu of flowers, donations be made in his name to one of his two favorite charities of The Starkey Hearing Foundation or Best Buddies.

RIP, Verne — you will be dearly missed.

What’s your favorite Mini-Me memory? Share with us @BritandCo.

If you or someone you know is thinking about suicide, please call the National Suicide Prevention Lifeline at 1-800-273-8255 or text the Crisis Text Line at 741-741.

Nicole Briese
Nicole is the weekend editor for Brit + Co who loves bringing you all the latest buzz. When she's not busy typing away into the wee hours, you can usually find her canoodling with her fur babies, rooting around in a bookstore, or rocking out at a concert of some sort (Guns N' Roses forever!). Check out all her latest musings and past work at nicolebjean.com.
Celebrities
Celebrity News
Celebrities Movies