Viral FaceApp Is Being Accused of Racism for One Blatant Reason 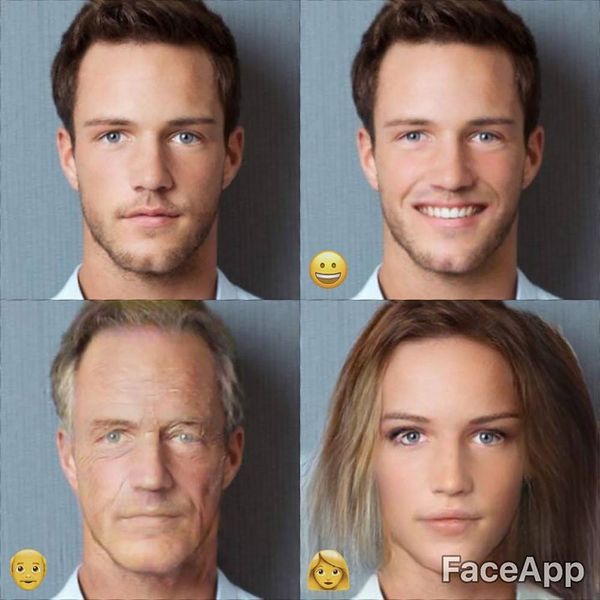 All of your friends have done it and you probably have too. FaceApp is the latest viral trend taking over social media, as people get a kick out of seeing what they might look like as someone of the opposite sex, someone younger, and as someone much older (you can also add a smile, although that’s not as much fun, TBH). But now, some people are accusing the app of being racist.

First things first: Have you tried the app? What did you think of the results? Did you notice anything… off? Perhaps with your skin tone?

If so, you’re not alone. That’s why some users are claiming that FaceApp is lightening people’s skin when they use the “Hot” feature. Which is pretty darn racist.

#faceapp is super racist. This is their "spark" aka "hot" filter. pic.twitter.com/LzkZT6aWwq

#faceapp isn't' just bad it's also racist…🔥 filter=bleach my skin and make my nose your opinion of European. No thanks #uninstalled pic.twitter.com/DM6fMgUhr5

Can't stop playing with this app! Apparently, female me has chubby cheeks and fuller hair. Old me is if I stop using sunscreen. And "spark" is the whitewash makeup setting as far as I can tell. #faceapp #canstopbutiamhavingfun

So this app is apparently racist as hell. But at least I'm sassy. #faceapp

So I downloaded this app and decided to pick the "hot" filter not knowing that it would make me white. It's 2017, c'mon guys smh#FaceApp pic.twitter.com/9U9dv9JuCm

Since I did my face reveal, I also did the face app thing, tell me what you think, also "hot" me is just me with lighter skin, so racist, :P pic.twitter.com/l2rrVobWyW

Mashable got in touch with FaceApp founder and CEO Yaroslav Goncharov, who was totally apologetic, saying, “We are deeply sorry for this unquestionably serious issue. It is an unfortunate side-effect of the underlying neural network caused by the training set bias, not intended behavior. To mitigate the issue, we have renamed the effect to exclude any positive connotation associated with it.” That makes it… clear?

For now, this means the “Hot” feature has been renamed to “Spark” but still has the same result when applied to pics. That’s why Goncharov assures users that they’re “working on the complete fix that should arrive soon.” Let’s hope it arrives sooner rather than later, otherwise they risk losing a heck of a lot of users in the meantime.

What do you think about the accusations that FaceApp is racist (as well as the CEO response to the sitch)? Let us know @BritandCo!

Desiree O
Desirée O is a ‘Professional Bohemian’ who loves anything and everything related to the arts, entertainment, and pop culture. She ADORES being a ‘Newsy’ for Brit + Co, covering all of the latest tidbits of awesomeness that you want to read about. When she’s not writing, she’s either making messy art, going on long adventurous walks with her camera, or poking around over at bohemianizm (http://www.bohemianizm.com/). You can find out about Desirée O and her work at http://DesireeO.com/ or follow her on Twitter @DesireeO.
Tech News
Tech
Tech News
More From Tech