This Is What Happens After You Become a Viral Star 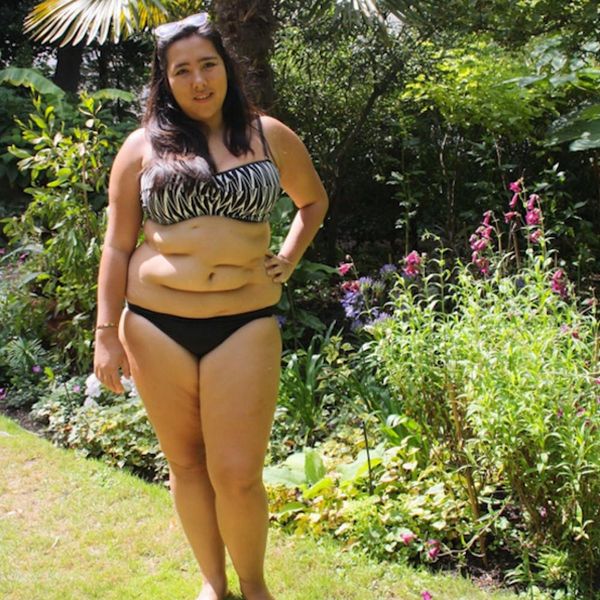 Hashtag activism is real, you guys… and it works. From the plus size please hashtag to a tech industry diversity hashtag, social media is helping activists connect to tackle some serious, real-world problems. But who starts these movements? And what happens after something you tweet or share on Instagram goes completely viral? We chatted with two women — April Reign, who created #OscarsSoWhite, and Michelle Elman, of the body-posi movement #ScarredNotScared — to get the inside scoop.

How Their Stories Went Viral

April had built a sizeable social media following by being engaged and speaking up on issues, but she never really intended for #OscarsSoWhite to go viral. During the 2015 Oscars, she tweeted “#OscarsSoWhite they asked to touch my hair” (with a side-eye emoji, of course), and a few people picked up on it. But this year, when for the second year in a row, none of the nominees were people of color, she brought it back. The hashtag grew into a worldwide movement.

“I really had no expectations at all,” April tells us. “The first tweet was snarky and sarcastic, so it started out as a joke, and little did I know that 14 months later, we’d be having these discussions… No one ever knows what’s going to go viral or what’s going to spark a campaign or a movement, so you just have to be ready to pivot and sort of take that on, or bring in people to assist or decide you don’t want to be the face of the campaign, and that’s fine too.”

Michelle’s journey was a little different. As a body confidence coach, she originally just shared her story — via a fierce photo of her in a bikini, proudly showing her scars from numerous surgeries — with her clients. But after deciding the rest of the world needed to hear it too, she decided to intentionally widen her reach.

Still, she tells us, “When the media got ahold of my story, that’s when it really took off, and the extent of people sharing my story was incredible. Nothing could have prepared me for that. And certainly going viral twice (after her first Instagram post went viral, Elman made a video interviewing others about their own journeys with scars) was incredible. It has meant that the conversation of surgery scars has gotten bigger than I have ever dreamed.”

The Best Part of the Journey

“The community on my Instagram has been the best part,” Michelle says. “It has created a safe space where people can share their stories. I post a lot of my followers’ stories, and even in the comments, I am extremely proud of how positive and encouraging everyone is on my page. It’s given those of us with scars a voice and a platform to share our experiences.”

April agrees. Even though her movement started with jokes about how incredibly white the Oscars were, it ended up turning into a very real, global conversation about the urgent need for diversity in film. “It wasn’t until probably a few days later that the discussion turned into something much more substantive. We started discussing the lack of inclusion of marginalized communities, and why we were seeing this again and what could be done,” she says. “It’s very encouraging when high school students are like, ‘Hey, we discussed your hashtag in my class today,’ or some college student is writing a paper and sends me a copy or some artist writes a poem with #OscarsSoWhite as the theme. So it’s been great.”

“It can be overwhelming at times. It’s just me, so every interview, every article… it’s just been me to discuss the hashtag and what I meant by it,” April says. She says that there were a lot of people who really just didn’t understand what the hashtag meant, asking questions like, “Well aren’t the BET Awards so black?” To those people, she says, “It’s really quite easy to handle their critiques with facts. So I would just push back with what the facts are about the BET awards and what the facts are about the Oscars as a whole and they would go away, typically.”

April says that where it got tricky was trying to explain to people that Chris Rock’s hosting, in which he made some racist jokes about Asian Americans, was not affiliated with the #OscarsSoWhite hashtag. She says she got a lot of backlash that criticized the movement for not being inclusive enough of other minorities, even though she’d made a point to make sure the hashtag did include all people of color who weren’t being represented. “I think because I had been fighting for them, in my mind, for over a year, that stung a little bit.”

Michelle’s experience with negativity was also very personal. After posting the photo of her body, there were people who sent hurtful and nasty messages. Her attitude toward them is pretty inspiring: “When I get comments, I reply to all of them, even the hateful ones because I like people to know that they are speaking to a person behind the screen. Doing this has led to some remarkable conversations, people apologizing instantly, saying they had been thoughtless and they regret their actions. It’s in these comments that I feel I am creating change on social media.”

“I want people to understand that scars are not ‘flaws’ or ‘deformities.’ There should be no shame or embarrassment surrounding your scar. My main wish for people who see the campaign is to embrace their bodies. There’s enough self-hatred in the world, and it doesn’t help you in any aspect,” Michelle says. “When you’ve been through such traumatic events, the least of your worries should be the superficial aspect, but the complexity of scars means that they are also physical reminders of an awful time in their life. I want people to know that they can move past that time and the scar and the story behind the scar need not define them.”

April has similarly big goals for her movement: “I hope that the legacy is that the hashtag becomes completely irrelevant,” she says, “which would mean that all of us, from all marginalized communities, have the ability to see our stories, and the diversity and the beauty and the complexity and the norms of all in entertainment.”

Could YOU ever be the face of a viral movement? Tweet us your thoughts @BritandCo!

Kylie Kendall
Kylie is a freelance writer living in Ottawa, Canada. When she's not writing, you might find her scoping out all-day breakfast spots in her city or taste-testing every bottle of red wine under $10.
Body Positive
Pop Culture
Body Positive Oscars social media twitter
More From Pop Culture