Watch the First Teaser Trailer for the ‘Downton Abbey’ Movie 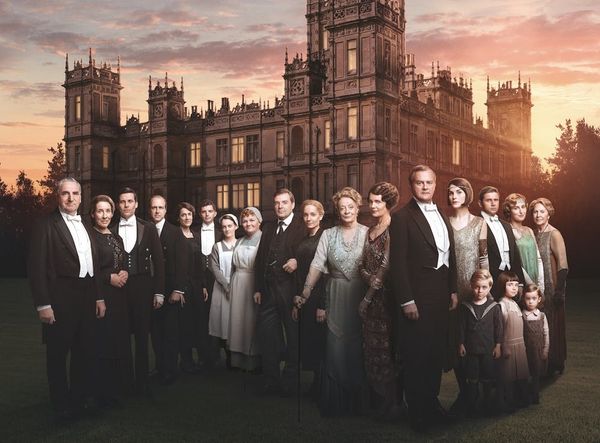 The Downton Abbey feature film is one of many promising movies set to hit theaters in 2019, and in the first official teaser trailer, the Crawleys are cordially inviting you back to their iconic castle.

The short teaser uses sweeping aerial shots to transport viewers back to the stately grounds made familiar on the beloved PBS Masterpiece show. Unfortunately, the clip doesn’t feature any meaningful appearances from the ensemble cast such as Maggie Smith, Laura Carmichael, Matthew Goode, Michelle Dockery, or Hugh Bonneville who, along with many more, are indeed on board for the film.

The plot of the movie is not yet known, but is said to be a continuation of the wealthy Crawley family’s life that viewers watched unfold on TV for six seasons. Julian Fellowes, who created the original TV series, is producing the film and has written the screenplay, so fans can expect things to pick up more or less where they left off when the show wrapped its run in 2015. Michael Engler, who helmed several episodes of the original TV show, is on board as director.

“Since the series ended, fans of Downton have long been waiting for the Crawley family’s next chapter,” Focus Features chairman Peter Kujawski said in a statement when the film was officially announced earlier this year.

Downton Abbey is set to be released in theaters on September 20, 2019.

Are you excited for the Downton Abbey movie? Let us know @BritandCo!