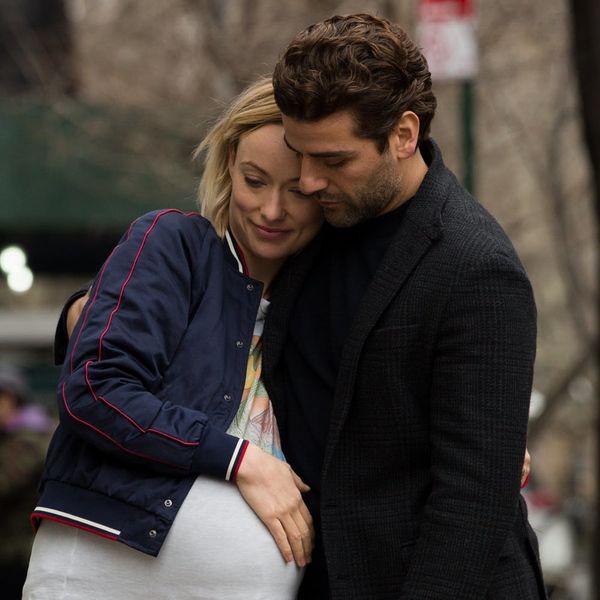 Welcome to Brit + Co’s Weekly Entertainment Planner! Each Monday, we highlight one thing we’re excited about in six categories — movies, TV, music, streaming services, podcasts, and a bonus pick from all of the above — to help you navigate your week in watching and listening. Check out our picks for the week of September 17 to 23 below. Your eyes and your ears will thank us!

Life Itself (September 21): Dan Fogelman, the creator of This Is Us, is bringing his signature style of heart-wrenching interconnected family drama to the big screen in Life Itself. If you weren’t already buying your ticket, you should know that the cast is a stacked one, too: Oscar Isaac, Olivia Wilde, Annette Bening, Mandy Patinkin, and Antonio Banderas all star. Life Itself opens in theaters on Friday, September 21. (Photo via Jose Haro/Amazon Studios)

The 70th Annual Primetime Emmy Awards (September 17): It could be an historic night for Sandra Oh and an interesting one in the best comedy category, which is bigger and better than ever — and these are just two of the reasons we’re excited for TV’s biggest night. Other reasons include some surely awkward jokes and all those red carpet lewks, duh. The 2018 Emmys will air on Monday, September 17 at 8pm ET on NBC. (Photo via Mary Ellen Matthews/NBC)

Maniac (September 21): Emma Stone and Jonah Hill play strangers who find common ground in being the subjects of a pharmaceutical trial gone wrong in Netflix’s latest original series, which looks both weird and fun. Maniac is available on Netflix on Friday, September 21. (Photo via Michele K. Short/Netflix)

Bad Reception: Comedians Lauren Lapkus, Nicole Byer, Paul F. Tompkins, and more use their razor-sharp improv chops to make up the story of a fictional town called South Grampers, California, and it’s as off-the-walls wild as you’d expect. Check it out on Audible.

Noah Cyrus, The Good Cry (September 21): After her recent very public breakup with rapper Lil Xan, singer/actress Noah Cyrus said that she named her Good Cry EP “appropriately.” Given the name of her single “Mad At You,” we can surely expect some pretty emotional stuff from the record. The Good Cry EP is out on Friday, September 21. (Photo via Matt Winkelmeyer/Getty Images)

The Paley Center Salutes This Is Us (September 18): One week before what’s sure to be another emotionally devastating new season of This Is Us, NBC is airing a one-hour special featuring clips, behind-the-scenes footage, and interviews with the cast. It’s sure to make you bawl just as much as the show, so it should serve as the perfect preparation for season 3. Check it out on NBC on Tuesday, September 18, at 10pm ET/PT. (Photo via NBC)