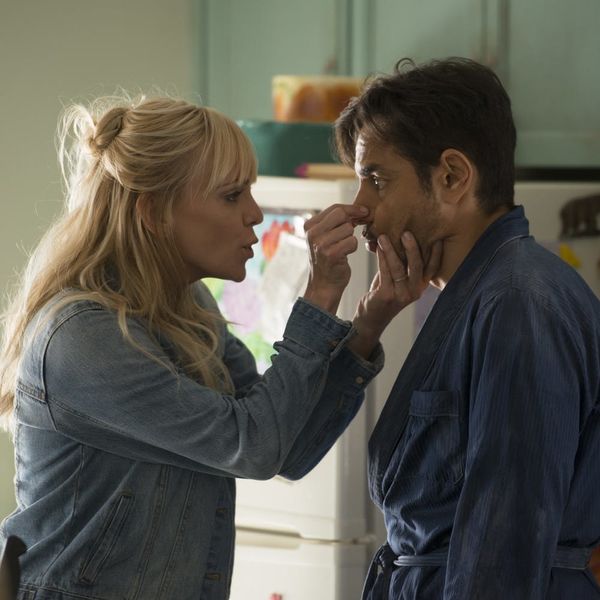 Welcome to Brit + Co’s Weekly Entertainment Planner! Each Monday, we highlight one thing we’re excited about in six categories — movies, TV, music, streaming services, podcasts, and a bonus pick from all of the above — to help you navigate your week in watching and listening. Check out our picks for the week of April 30 to May 6 below. Your eyes and your ears will thank us!

Overboard (May 4): Anna Faris and Eugenio Derbez star in the reboot of the 1987 classic, which starred Goldie Hawn and Kurt Russell — except this time, the roles are reversed, with Faris as the down-on-her-luck single mom and Derbez as the spoiled rich kid. (Photo via MGM Pictures/Pantelion Films)

Dancing With the Stars: Athletes (April 30): Dancing With the Stars is switching things up for its 26th season, enlisting all athletes to compete for the coveted Mirrorball trophy. The group includes several current and former Olympians, including figure skaters Adam Rippon and Tonya Harding, as well as players from the NBA, MLB, and more. It’ll be a shorter season than usual, at just four weeks, and the action starts on Monday, April 30, at 8pm ET on ABC. (Photo via ABC/Craig Sjodin)

Dear White People (May 4): The hit Netflix dramedy returns for a second season — and looks to be an even sharper, and more timely take on race relations in America. Season 2 premieres on May 4. (Photo via Saeed Adyani/Netflix)

Sandra: The latest podcast from Gimlet Media is a scripted, serialized drama starring Kristen Wiig and Alia Shawkat. Wiig plays the voice of a virtual assistant, Sandra, which is run by Helen (Shawkat), who is going through a messy divorce and gets sucked into one of Sandra’s users’ lives. All seven episodes are available for binge listening now. (Photo via Mark Davis/Getty Images)

She & Him celebrate “Universal Love” (April 27): Zooey Deschanel and M. Ward released their first original songs in over five years for a good cause this week. As part of Sony Music’s ongoing Universal Love campaign, the folksy duo recorded the same song twice, once with Deschanel singing female pronouns, and again with male pronouns. “We’ve recorded a She version and a Him version of our new single,” the band tweeted. “We believe love is universal, and that love songs should be too.” Listen to “She Gives Her Love to Me” here, and “He Gives His Love to Me” here.

Sweetbitter (May 6): Based on the Stephanie Danler novel of the same name, the Starz series will bring a young woman’s crash course into fast-living restaurant life to the small screen for six episodes. Check it out starting Sunday, May 6. (Photo via Starz)