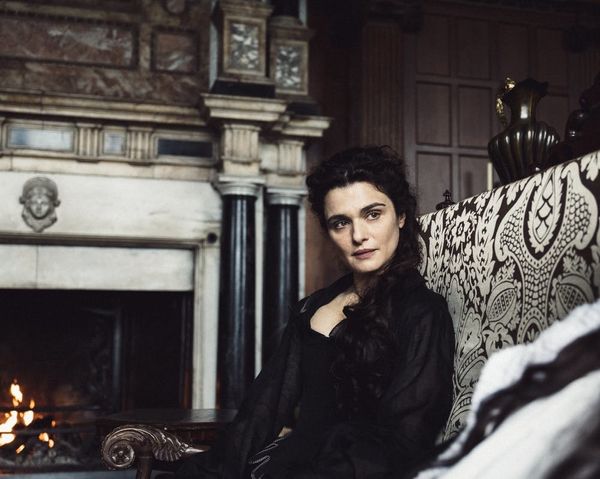 Welcome to Brit + Co’s Weekly Entertainment Planner! Each Monday, we highlight one thing we’re excited about in six categories — movies, TV, music, streaming services, podcasts, and a bonus pick from all of the above — to help you navigate your week in watching and listening. Check out our picks for the week of November 19 to 25 below. Your eyes and your ears will thank us!

The Favourite (November 23): In what’s sure to be an Oscar-contending period piece, Emma Stone, Rachel Weisz, and Olivia Colman star as royals caught in a spiral of family politics and power struggles. Check it out as part of your Thanksgiving weekend entertainment when it arrives in theaters on Friday, November 23. (Photo via Yorgos Lanthimos/Twentieth Century Fox)

‘Tis the Season: A One Tree Hill Cast Reunion (November 22): To celebrate Lifetime’s upcoming Christmas movie starring some of your One Tree Hill favorites, the network is bringing together cast members such as Hilarie Burton, Stephen Colletti, Antwon Tanner, Danneel Ackles, and more to revisit the past. Check it out on November 22 at 10pm ET, following the premiere of the film, The Christmas Contract. (Photo via Lifetime)

The Christmas Chronicles (November 22): Why not keep the Christmas viewing going this week? Netflix is releasing another of its original holiday movies, and this one is about two children who attempt to capture Santa on Christmas Eve, crashing his sleigh and jeopardizing Christmas morning in the process. It might not be as satisfying of a solo Saturday couch-watch as the Hallmark-esque rom-coms rolling out this month, but it’ll put you in the mood to deck the halls. (Photo via Michael Gibson/Netflix)

No Man’s Land by The Wing: The Wing, the women-focused co-working and community space, enters the podcast game with its new show No Man’s Land, dedicated to telling the lesser-known stories of rule-breaking and game-changing women throughout history. In the first episode, released on November 15, historian Alexis Coe tells the tale of Stephanie “Queenie” St. Clair, who successfully ran bets in underground Harlem gambling rings of the 1920s, using her wealth to advocate for and support the Black community. Listen online, or subscribe wherever you get your podcasts.

Katy Perry, “Cozy Little Christmas” (out now): Katy Perry takes on Christmas in her surprise new single “Cozy Little Christmas,” her first new music since 2017’s Witness. It’s an Amazon exclusive for now, but you’ll no doubt be hearing this in every store and all over the radio come December. Check out a preview on Perry’s social media, or download the full single on Amazon. (Photo via Neilson Barnard/Getty Images)

Dirty John (November 25): Based on the true-crime podcast of the same name, Dirty John is a tale of family deception, betrayal, and revenge, starring Eric Bana and Connie Britton. See what all the podcast hype is about when Dirty John premieres Sunday, November 25, at 10pm ET on Bravo. (Photo via Nicole Wilder/Bravo)