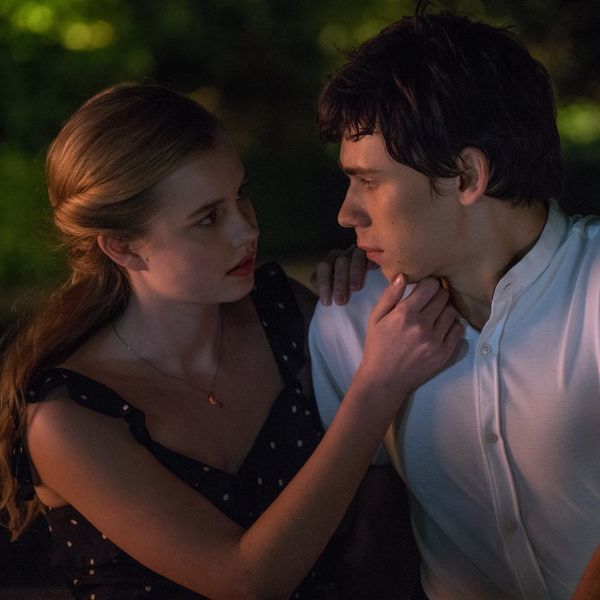 Welcome to Brit + Co’s Weekly Entertainment Planner! Each Monday, we highlight one thing we’re excited about in six categories — movies, TV, music, streaming services, podcasts, and a bonus pick from all of the above — to help you navigate your week in watching and listening. Check out our picks for the week of February 19-25 below. Your eyes and your ears will thank us!

Every Day (February 23): A romantic drama based on the New York Times bestselling YA novel by David Levithan, Every Day follows 16-year-old Rhiannon and the person she falls in love with. The catch? The “person” isn’t a person at all, but a traveling spirit who inhabits a different body every day. This one is on our must-see movies list for 2018 because, well, have you read that plot? (Photos via Orion Pictures + Peter Stranks/Orion Pictures)

2018 Winter Olympics Closing Ceremony (February 25): The US will no doubt continue to add to their current medal count throughout the remainder of the games before the closing ceremony takes place at PyeongChang Olympic Stadium on Sunday, February 25. The ceremony will feature performances from K-pop favorites EXO and CL, and you can watch all the action on NBC at 8pm ET. (Photo via Richard Heathcote/Getty Images)

Making Obama: This six-part WBEZ podcast mini-series follows Barack Obama from his political roots as a community organizer in Chicago to becoming the 44th President of the United States. It features interviews with key advisers, mentors, and even foes — as well as Obama himself — and was made by the same team behind last year’s excellent Making Oprah.

Smashing Pumpkins reunion tour tickets on sale (February 23): Hello, ’90s — welcome back! Three original members of the Smashing Pumpkins — singer Billy Corgan, guitarist James Iha, and drummer Jimmy Chamberlain — will tour together for the first time since 2000 and play a selection of songs from the band’s first five albums. Original bassist D’Arcy Wretzky sadly (and controversially) will not be joining. The Shiny and Oh So Bright tour tickets go on sale February 23, and you can find dates and all other info on the Smashing Pumpkins’ website. (Photo via Noam Galai/Getty Images)

Seven Seconds (Feb. 23): Your bonus pick for the week is Netflix’s latest binge-worthy show. Seven Seconds is a racially charged crime drama that follows the tense aftermath of an accidental vehicular death of a Black teenager by a white police officer in Jersey City. (Photo via Netflix)