Whoa: Scientists May Finally Have an Explanation for the Bermuda Triangle 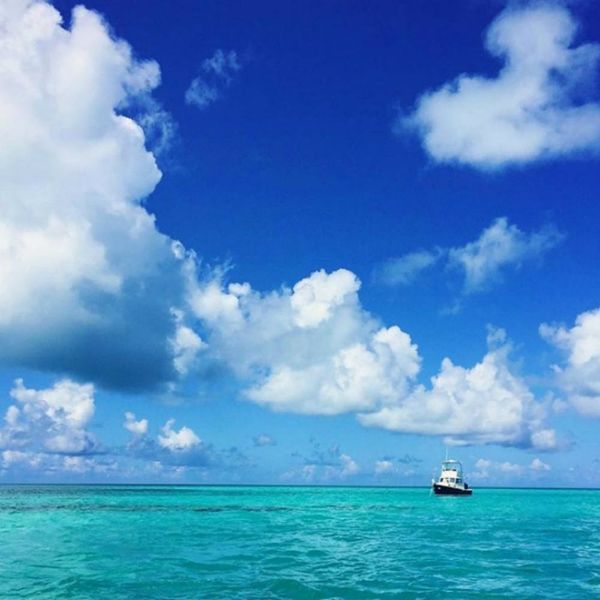 The Bermuda triangle (AKA The Devil’s Triangle) has been baffling, well, everyone for years — decades even (earliest mentions date back to the 1950s). In the open space that forms a triangle between Florida’s most Southern tip, Bermuda and Puerto Rico, entire ships (cruise, anyone?) and aircrafts have seemingly vanished into thin air, leaving many to scratch their heads in wonder, desperately trying to account for their whereabouts.

With no scientific explanation readily available, people have crafted their own, citing everything from paranormal activity (also found in these 10 terrifying spots) to extraterrestrials (no, but really) for the bizarre occurrences.

The good folks over at Science Channel may have FINALLY changed all that, however, offering up a pretty logical (if creepy!) explanation for it all.

According to the channel’s meteorologists, recent cloud findings might be the key to this decades-long mystery. Satellite images have revealed hexagon-shaped clouds over the area (an anomaly in and of itself, according to scientists), ranging from 20-55 miles across in size. What’s more, new radar technology has allowed them to determine that similar, previously discovered cloud pockets over the North sea were actually host to winds of more than 100 miles per hour — hurricane force winds — that could create waves of more than 45 feet. Um, yikes?

Needless to say, that kind of force would be more than enough to take out a wayward ship or airplane in their path — especially when located over water, creating the perfect conditions for what meteorologist Dr. Randy Cerveny calls “air bombs.”

Blasting down from the cloud and into the ocean, Dr. Cerveny says these types of “microbursts” can create winds of up to 170mph — whoa. In short? Should these new hexagonal clouds over the Bermuda exhibit the same air bombing properties as their North Sea brethren, well… we just might have our answer.

Watch the video in its entirely here!

Do you think they’ve finally cracked the case? Share @BritandCo!