Why Heidi Klum, Debby Ryan, and All of Your Friends Are Getting Engaged Right Now 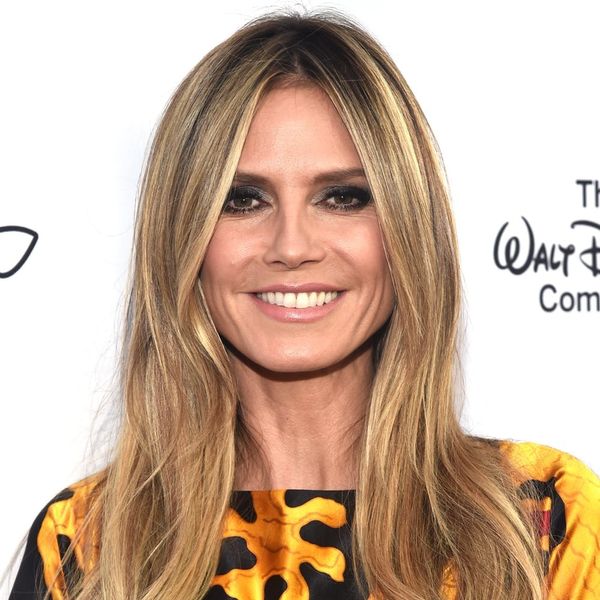 It’s that time of year: Christmas just wrapped up, New Year’s Eve is right around the corner, Valentine’s Day isn’t far off, and all of a sudden, it seems as if half the people you know are engaged. If all around you there are new engagement rings to be admired and new stories of significant others popping the question, it’s no anomaly. As Olga Khazan wrote for The Atlantic almost five years ago (all the way back in 2014!), there are indeed higher rates of couples getting engaged during the Thanksgiving-to-New Year’s period.

About one-third (33 percent) of engagements happened between Thanksgiving and New Year’s Day, Khazan wrote. The wedding website Wedding Wire claimed this year that this percentage is even higher: 40 percent. Data from Facebook provides some more insight into when exactly most people get engaged. According to 2014 figures, the most Facebook users changed their relationships statuses to “Engaged” on the social media site on Christmas Eve, Christmas Day, New Year’s Eve, and Valentine’s Day.

Wedding Wire reports that the absolute most popular day of the year to get engaged is Christmas, so don’t be surprised if your friends start sending engagement party invitations in the coming weeks. The next most popular day is Valentine’s Day (no surprises there), when love is always the dominating mood for couples, and then New Year’s Eve, another holiday where kissing is part and parcel of the celebration. All of these days come pre-loaded with festive fun (not to mention relatives who want to snap photos and dole out the congrats), which makes them opportune moments to pop the question.

My dude asked me on a date. I said yeah because I always want to go on dates with him. Then he asked me to be his forever dude. He does things well, and right. His timing has pressed us and never failed us. He’s sincere and fun and disciplined and strong as heck and a nerd and a rockstar and a good midwestern man and a silly shirtless boy, and his family is endlessly warm and delightful and are such champions. I have two parents and a brother; they’re superheroes and they’re my home. They’ve been the only thing that moves my needle with the fierceness of deep empathy. I have never found that out in the world. I guess I figured it wasn’t a connection you could stumble upon, only something you could only be born into. Falling in love with joshua was discovering it in the wild. Building it with him, building in certainty, infinite in wonder. Our own lil family. Feels like growing up and moving through life is just evolving through different types of complicated. He is where all the voices narrow into one sound. My only simplicity, where the important things are clear and the other things aren’t that important. He’s my heart outside my body. He’s a cold water awakening and a warm bed; he’s the place I can rest. Dudes for life. It was a really good date.

Even celebrities get in on the action. Supermodel Heidi Klum posted a photo of herself with her new fiancé, Tom Kaulitz, and a ginormous engagement ring on Christmas Eve. The caption, of course, read, “I SAID YES!” Looking at the photo, it’s hard to imagine saying no! On the same day, Insatiable actress Debby Ryan posted an action shot of her proposal from musician boyfriend Josh Dun.

So, w hy is everyone getting engaged now? Is it science? The family focus of the holiday season? Unfortunately, the answer is a little less romantic.

As Khazan also noted in her 2014 essay, the uptick in year-end proposals adds up to nice holiday earnings for jewelry stores. Jewelers, of course, heavily market to already-married people at this time of year (who hasn’t seen at least 100 different Christmas-themed Kay commercials?), but the extra bump from all those engagement rings is what really helps their bottom line.

It could also be a matter of timing for planning weddings. While some people go the winter route and get married on or near Christmas, New Year’s, and Valentine’s Day, peak wedding season is in the summer or early fall months, according to the wedding website The Knot. Wedding-planning experts generally advise couples to plan a wedding for 12 to 18 months, so getting engaged at the end of December or the start of the New Year leaves couples with a comfy time frame to book a coveted summer-after-next venue slot.

So, no, it’s not just you or your friends: Pretty much everyone who’s in marriage mode is taking care of that first step right now. Get ready to pop lots of champagne, and dust off those bridesmaid heels — you’re going to need them before you know it.

Elizabeth King
Elizabeth King is a politics, history, and culture writer based in the Twin Cities. She is generally pretty cranky but still enjoys traveling, music from the early 2000's, and plotting the resistance. Feel free to say hi on Twitter at @ekingc or check out some of her work at www.elizabethcking.com.
Engagement
Current Events
Engagement Holidays
More From Current Events