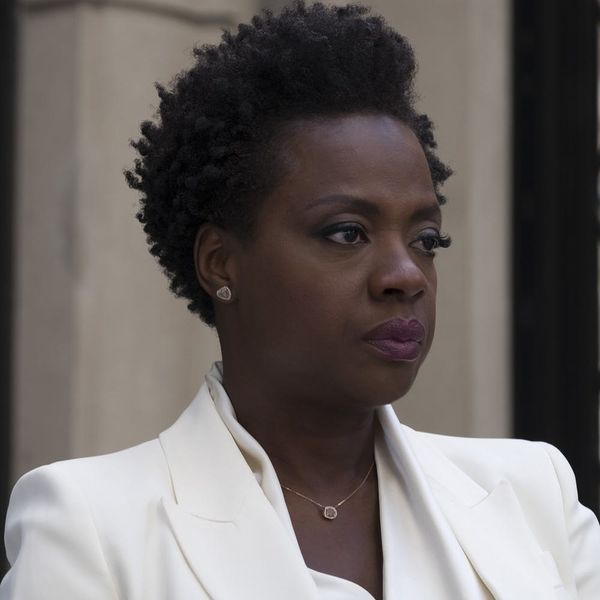 If Ocean’s 8 was the feel-good female heist movie we’d been waiting for all our lives, Widows is the darker, more dramatic version — and we’re fully here for it.

The first trailer for the Steve McQueen-directed thriller stars Viola Davis as the ringleader of an unlikely group of robbers. Davis, Michelle Rodriguez, Elizabeth Debicki, and Cynthia Erivo play four women whose criminal husbands are killed during a heist gone wrong and who must step in to finish the job.

The women, who have very little in common before coming together, very quickly — and very obviously — find themselves in over their heads in a world where they don’t belong. Danger lurks around every corner and enemies are everywhere — but they could become a threat of their own as they prove they might be more up to the challenge than they thought.

And the leading ladies aren’t the only A-listers lending their talent to the flick — Get Out‘s Daniel Kaluuya, Liam Neeson, Colin Farrell, Carrie Coon, and Robert Duvall also star.

The Widows screenplay was handled by McQueen and Gillian Flynn, whose Gone Girl and Sharp Objects novels became a hit movie and recent TV show, respectively. The story was adapted from the 1983 UK TV series of the same name.

Check out the Widows trailer above, and see it when it opens in theaters on November 16.

Do you plan on checking out Widows? Let us know @BritandCo!