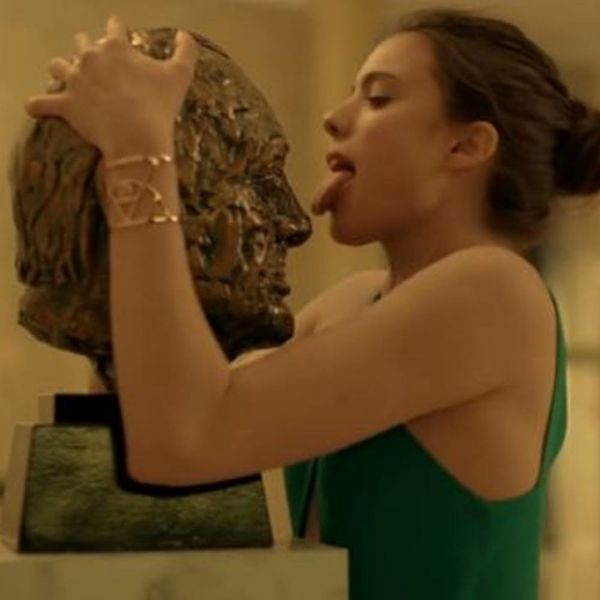 Have you ever been in a super quiet room and thought to yourself, “What would people do if I just started screaming?” Or perhaps you’ve found yourself in the middle of an uber-formal sitch and wondered, “What would happen if I just went buck-wild right here and now?” Apparently, Spike Jones has had similar thoughts, which is obviously why he’s brought us this WTF perfume commercial from Kenzo that is the weirdest and most amazing thing EVER.

Though just under four minutes, KENZO WORLD is being called a short film, and really, since they created something as mesmerizing as this, the folks behind it get to call it whatever the heck they want.

The short film came from the mind of director Spike Jones (Being John Malkovich, Where the Wild Things Are), and in it we’re transported to a fancy-shmancy event where a lady — played by dancer and actor Margaret Qualley (daughter of actor Andie MacDowell) — ditches her seat in the audience to take a quick breath in the lobby. What starts out as a moment to herself turns into, well, something wild, nutso and totally amazing.

She licks a bust! She shoots lasers from her fingers! She flies through an eyeball made of flowers! She goes totally wild! A-maz-ing!

Watch for yourself and just try to resist breaking out in a similar daring let-it-all-out dance the next time you dress up.

How much did you love this commercial? Know anyone who would love it just as much? Tag them @BritandCo!