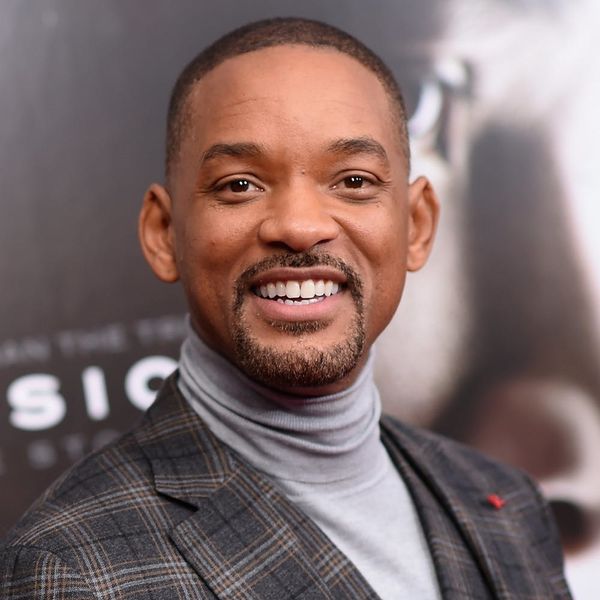 As much as we love being up to date on the latest TV shows and movies, we also can’t help but have a soft spot for our nostalgic faves — which is why Will Smith’s Instagram debut was so perfect.

On Thursday, Smith announced on TheEllen DeGeneres Show that he had *finally* joined Instagram, and made his debut on the platform with a duckface selfie (because what else?!).

DeGeneres proceeded to teach the Bright star everything else he’d need to know about the app, including how to take good food and baby pics and, of course, the all-important #TBT. But a childhood photo of Smith wouldn’t do — instead, DeGeneres made him dress up as his iconic ’90s Fresh Prince of Bel-Air character. And it’s perfect.

Smith donned that classic green-and-yellow striped t-shirt, a baseball cap with a sky-high bill, and oversized red headphones. Not content to just let the actor recreate the neon-colored opening credits by himself, though, DeGeneres dressed up as Smith’s mom from the sequence, wearing a shower cap, novelty glasses, and an apron. (The actor did then post a baby photo of himself, too.)

Sadly, this might be the closest thing to a Fresh Prince reboot we ever see — actor Alfonso Ribeiro (AKA Carlton Banks) recently said it would never happen. “It’s wonderful that everybody loves what we did 25 years ago, but I believe in current and future,” he said. “People who live in the past, you’re not moving forward.”

That doesn’t mean Ribeiro isn’t fond of his TV family, of course. Earlier this year, he posted a photo of the whole cast getting together for an afternoon of fun. We’ll take it!

What did you think of Will Smith’s Fresh Prince throwback? Let us know @BritandCo!