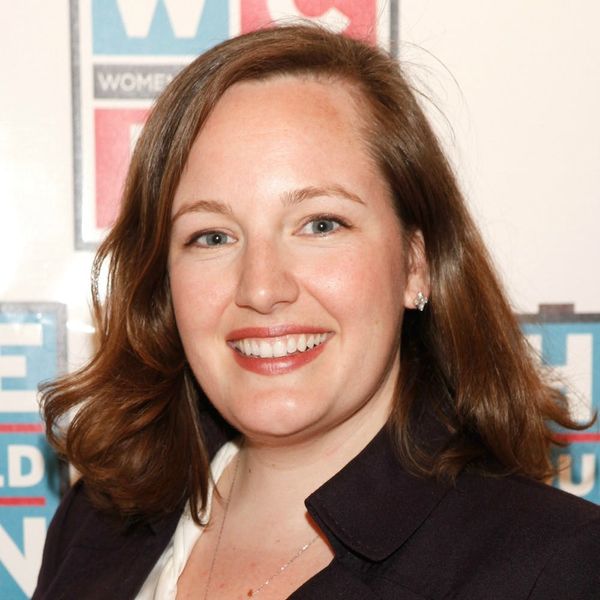 Former State Assemblywoman Kelda Roys was the leading voice for helping to ban BPA in her home state of Wisconsin. The 38-year-old mother of four is now throwing her hat in the ring to be governor of the state, and in her first campaign video, a touching moment between Roys and her youngest daughter proves that women are the actual best at multi-tasking.

While recounting the story of how she helped Wisconsin become one of the first states in the country to ban BPA, her youngest daughter begins fussing, and her husband hands the baby over for a quick nurse. Roys doesn’t skip a beat and continues to share her 2010 experience campaigning door to door and meeting with constituents affected by BPA.

“Anybody who’s ever had a baby can tell you that they are unpredictable,” Roys said about filming her campaign commerical. “I just did what I have been trained by her to do, which is to immediately grab her and feed her, and I just sort of didn’t think about it.”

While some folks have derided her choice for breastfeeding in the video (one YouTuber commented, “What is the point of aggressively breastfeeding? Congrats on your plastic reform bill or whatever. Should I release a campaign ad where I just start shaving right in the middle of it? I think I’d beat you!”), most people, regardless of political affiliation, have been supportive of the lawyer, businesswoman, and politician.

“If people don’t like it, they don’t have to watch the video. That’s fine. We all get to make our own choices,” Roy told Bustle. “This is real life. People really want their leaders to be authentic. They’re tired of politicians who seem to be scripted or you know, can give talking points but not show their humanity.”

Roys is one of 12 Democrats running in the primaries for the state’s midterm gubernatorial race, hoping to unseat the current Republican Governor, Scott Walker.

Have you ever had to breastfeed in an awkward public setting? Let us know @BritandCo!

Kat Armstrong
Kat has been a writer, social media maven and mom for longer than she's willing to admit. She's also spent time in front of and behind the camera, interviewing celebs, politicians and acting as a producer for fashion and artistic photography shoots. When she isn't writing for various orgs and publications, she's hanging with her kids, husband and French Bulldog, Peter, in Toronto, Canada.
New Moms
Current Events
New Moms Politics
More From Current Events