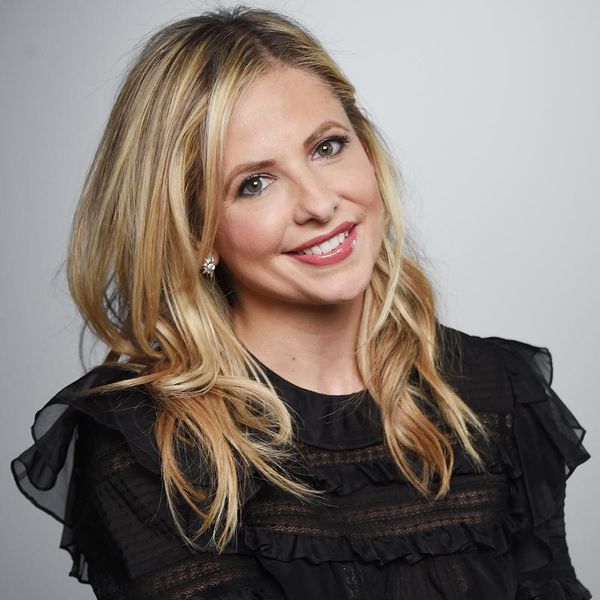 If you were charmed by yesterday’s Netflix proposal involving Drew Barrymore and Timothy Olyphant, you’ll love this next story about a woman who accidentally texted Sarah Michelle Gellar her engagement news.

Fans who follow the former Buffy the Vampire Slayer star on Facebook or Instagram may have spotted something different among her posts yesterday: a shot of a woman sitting in her car and showing off an engagement ring.

It turns out that the woman, whom Gellar has never met, meant to share her happiness with her sister and sent the photo to the actress by mistake. Instead of ignoring the wayward text or sending back an anonymous “sorry, wrong number” message, though, the Cruel Intentions actress took to social media to let the world in on the woman’s big news.

“This is #CharlynWillis,” Gellar wrote. “She got engaged yesterday, and meant to text her sister, but in all the excitement, got me instead. Please help me say congrats to Charlyn. (And her fiancé whose name I don’t know).”

Willis, who hadn’t yet announced her engagement on social media, reposted Gellar’s Insta story on Facebook, writing, “I guess the best way to announce your engagement is to have a celebrity to do it for you… THANKS Sarah Michelle Gellar… AND YES, I SAID YES to Dee!!!!!”

Willis also commented on Gellar’s post, writing, “Thank you Sarah…You’ve truly made my engagement experience even more of a life changer! Please know when we set a date, I’ll be reaching out to invite you, Freddie, and the kids! 😘😘😘😘”

We wonder if the star and her family will make an appearance on the bride’s big day. That would certainly be a fun ending to this super-sweet story!

Have you ever texted the wrong person and received an unexpected reply? Let us know @BritandCo!