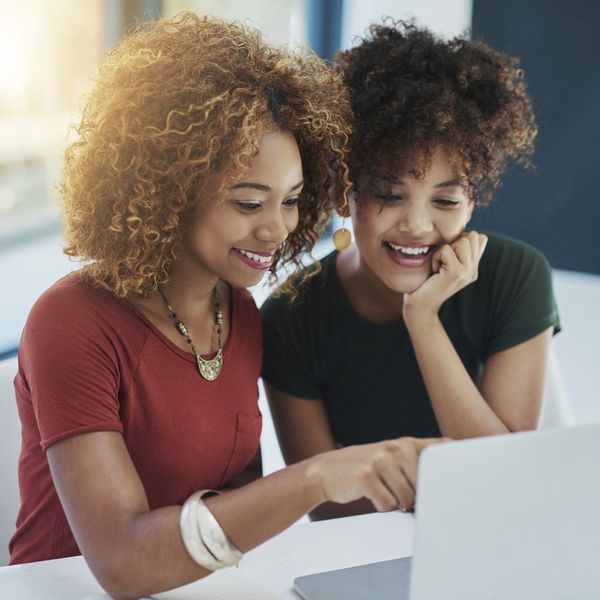 If asked to close their eyes and think about an entrepreneur, a lot of people would probably picture a middle-aged white man in a suit. But the new reality is that a lot of women and people of color are becoming entrepreneurs, changing the landscape of new business in the United States. According to a new report, women are sneaking up on half the share of new businesses, a welcome change in a business landscape that often makes life and work more challenging for women.

The report comes from the Kauffman Foundation, a not-for-profit that focuses on education and entrepreneurship. According to the report, 40.6 percent of businesses started in 2016 are owned by women. For some perspective, Forbes reports that the average percentage of women-owned businesses is just 19.4.

Not only are women starting more and more new businesses, but Latinos are also gaining ground in the world of entrepreneurship. According to the Kauffman Foundation’s report, the Latino business-ownership rate has more than doubled since 1996. In 2016, 20.8 percent of new businesses were Latino-owned.

Not only are these improvements great for diversity in business, but they’re also great for the economy overall. According to Forbes, new startups account for half of all new jobs created. That’s a lot more new jobs coming onto the market, thanks to women and people of color.

Given how important diversity is to millennials, it seems likely that the trend of more women and more people of color owning businesses will persist, Forbes reports. In the coming years, we can all expect to see startups that reflect the diversity and the values of the millennial generation, which means more new jobs and a workforce that isn’t necessarily dominated by white men. In the long term, this means we could start seeing progress on the gender and racial income gaps that leave women and minorities scrambling to play financial catch-up.

Starting a new business can be personally rewarding, as well. Angi Nelson, who is 33, and her friend and business partner Jeanie Clark started a business together in February of last year. Angi and Jeanie’s shop is called La Doyenne, and the two of them offer microblading for eyebrows and tattooing for eyeliner and lips. Happily, the experience has been a lot of fun, and very freeing for Angi. She tells Brit + Co that starting her own business gave her the opportunity to focus on herself after she became a mom. It’s also great to work with one of her best friends, she says.

The shift toward more women and people of color in business is definitely a good thing. The challenges that corporate life pose for marginalized groups are not small, but perhaps by changing the makeup of who owns businesses, the world of business can change as well.

Have you started a new business recently? Tell us about it on Twitter @BritandCo.

Elizabeth King
Elizabeth King is a politics, history, and culture writer based in the Twin Cities. She is generally pretty cranky but still enjoys traveling, music from the early 2000's, and plotting the resistance. Feel free to say hi on Twitter at @ekingc or check out some of her work at www.elizabethcking.com.
Entrepreneur
Current Events
Entrepreneur
More From Current Events